Singer/songwriter Jonathan Mann, known for his ongoing “Song-A-Day” project, created today’s song, “Men In Shorts are Disgusting,” as a wry ode to author Fran Lebowitz and the opinionated fashion advice that she gave in a recent interview with Elle.

I have to say that one of the biggest changes in my lifetime, is the phenomenon of men wearing shorts. Men never wore shorts when I was young. There are few things I would rather see less, to tell you the truth. I’d just as soon see someone coming toward me with a hand grenade. This is one of the worst changes, by far. It’s disgusting. To have to sit next to grown men on the subway in the summer, and they’re wearing shorts? It’s repulsive. They look ridiculous, like children, and I can’t take them seriously.

I must admit that I took a bit of umbrage with her comments as well.

I call bullshit. If it's 90 degrees in NYC, men have a right to be comfortable. If you don't like it, don't look. http://t.co/rBoQdHgGdy

After all, actor Zachary Quinto looks anything but ridiculous in his shorts. 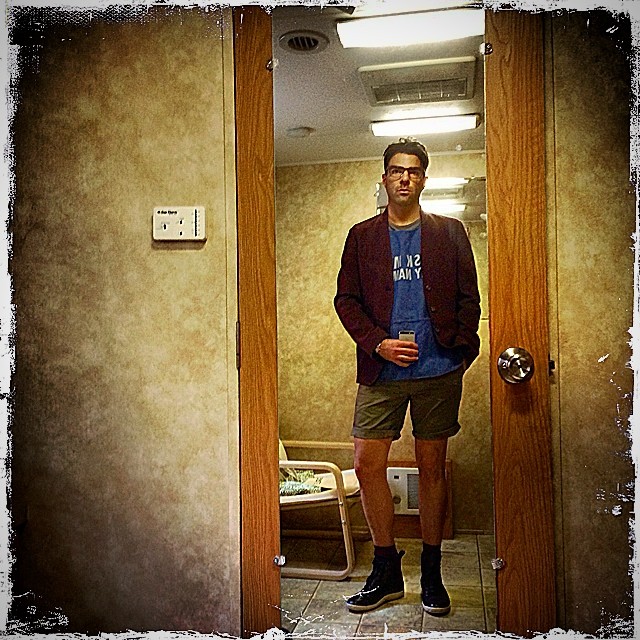