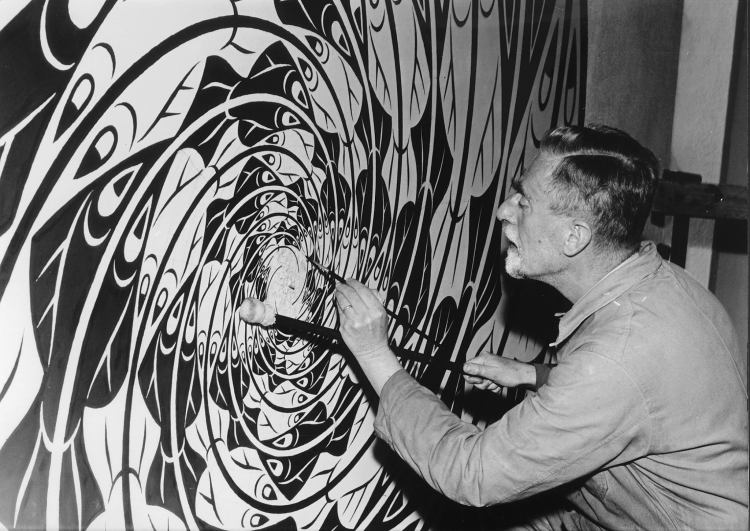 The first half of the film shows a lot of his work accompanied by a dissonant score by Felix Visser. About halfway through, we see shots of Escher at work, with narration offering biographical information sprinkled with quotes taken from Escher’s own statements over the years.