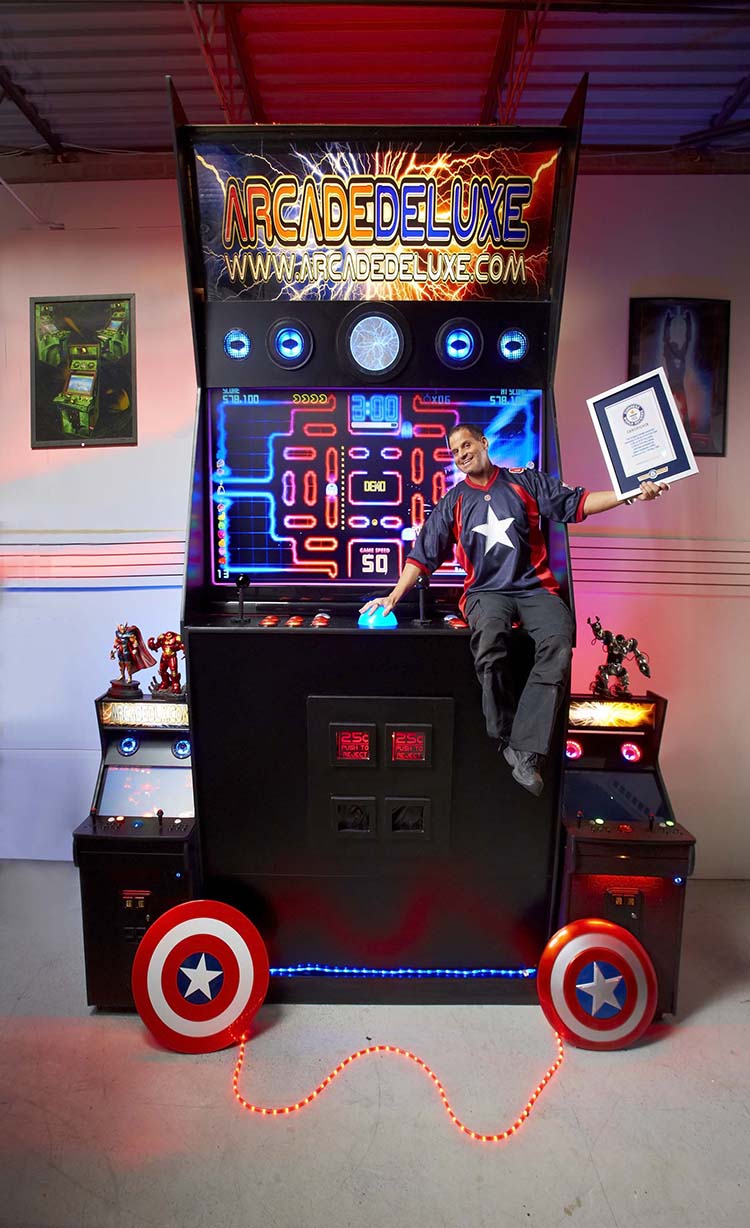 The fully functioning arcade machine has over 200 classic arcade games including Pac-Man and Dragon Spirit. Players can use the giant buttons and 16 inch glass track ball to recreate the excitement of old school arcade. The super-sized arcade machine is so big players have to climb stairs that come out from the bottom to reach the controls!

A self- confessed arcade fanatic, Jason builds and sells custom home arcade machines and security systems for a living. When he decided to build the giant arcade machine he wanted to recreate the excitement he felt in the arcades of his youth, making the machine big, tall, loud and with plenty of flashing lights! 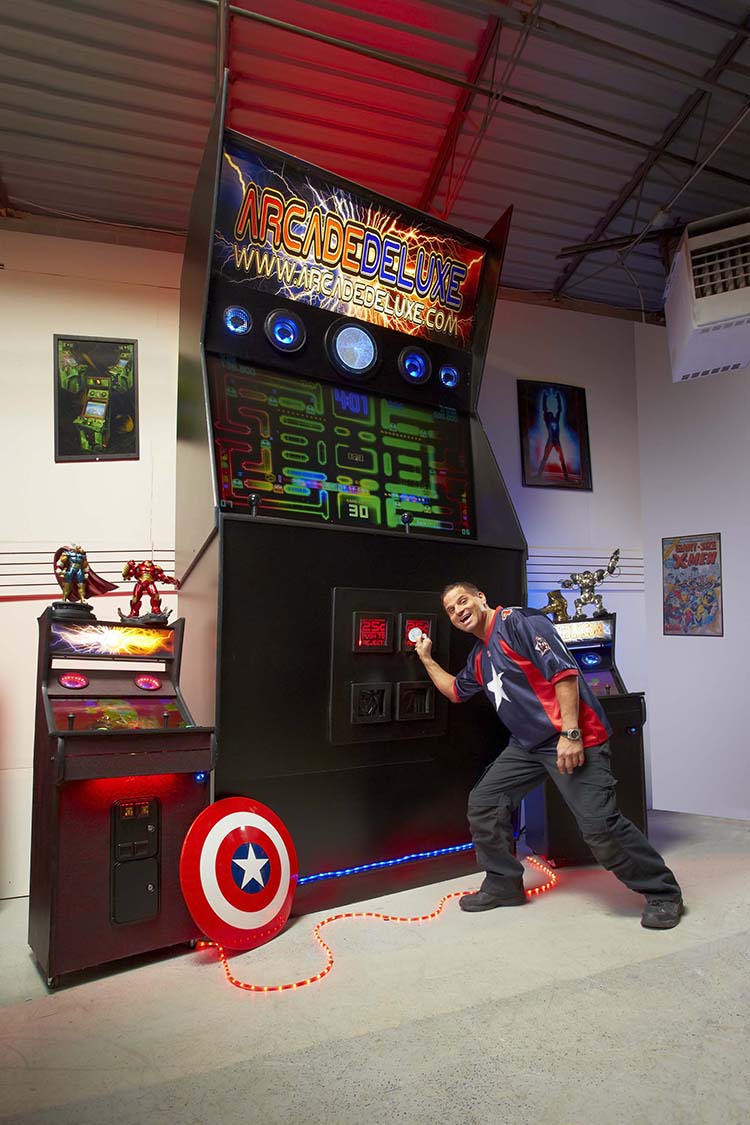 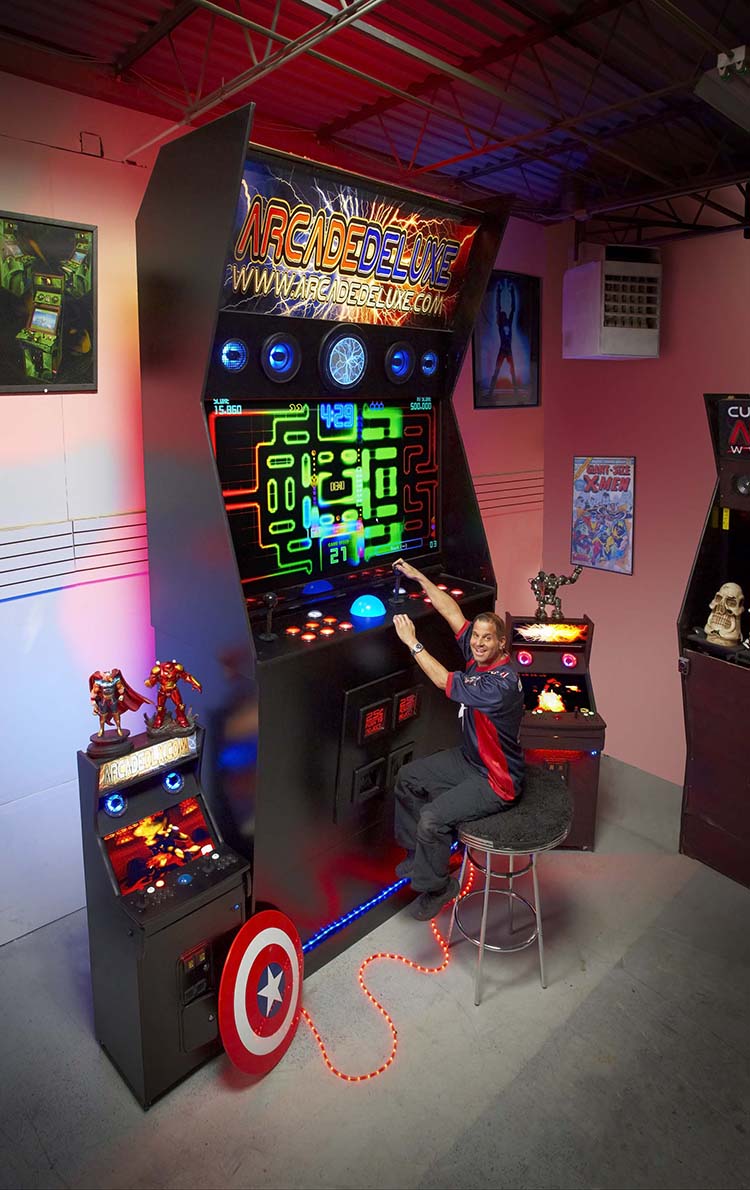 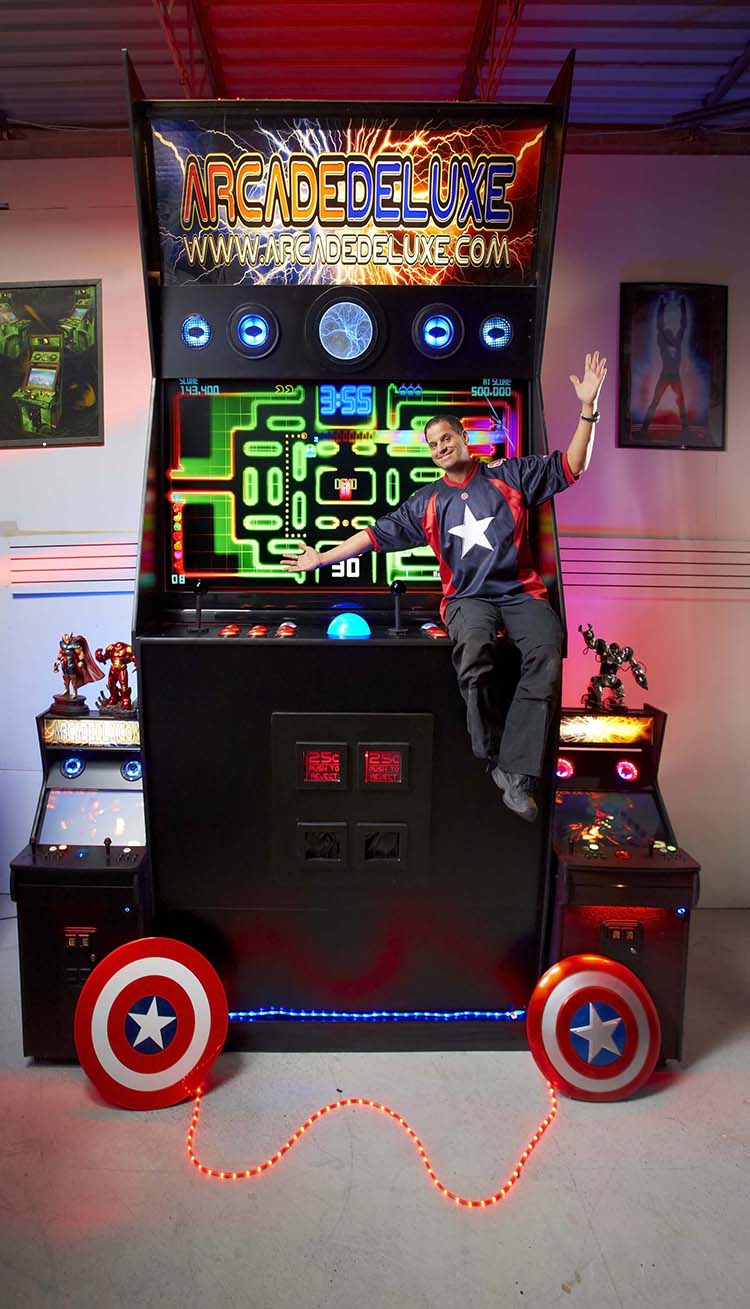 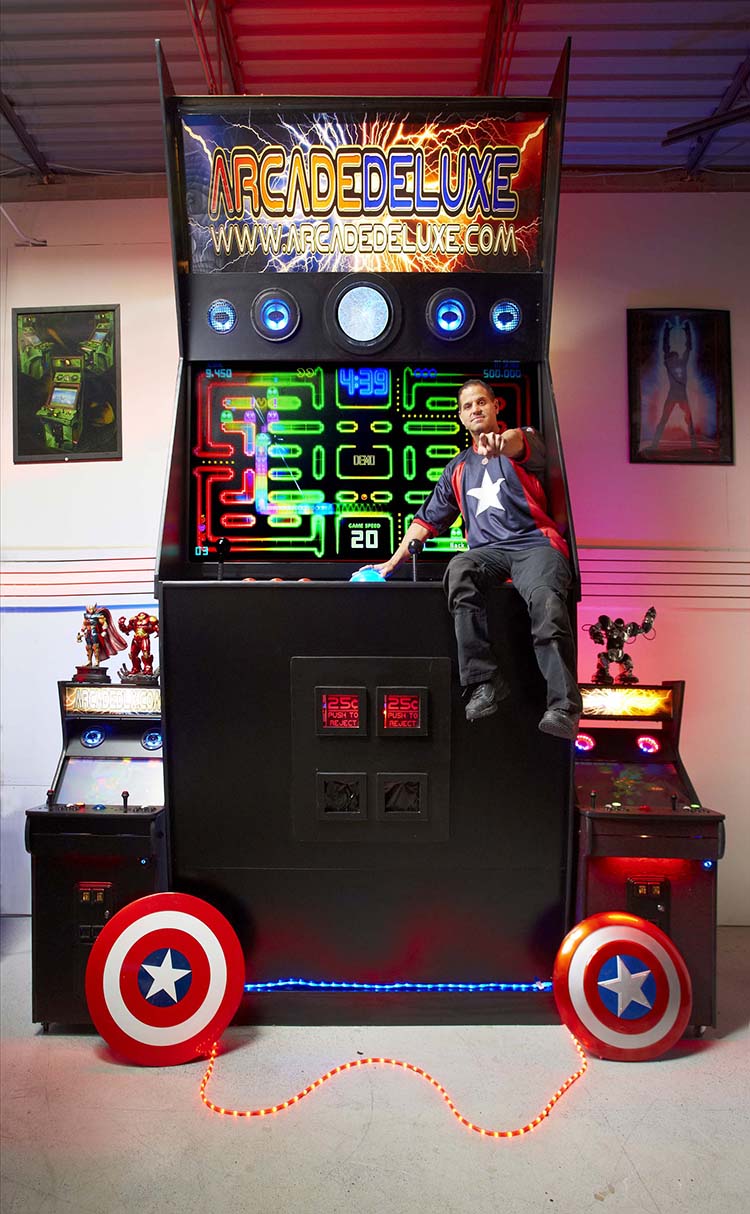