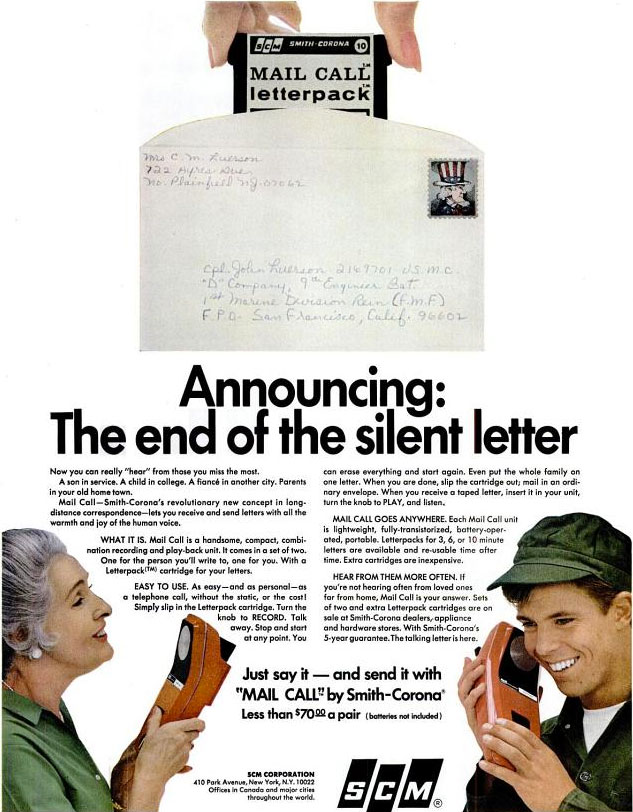 Launched in 1967, Mail Call by Smith Corona was a curious system for sending audio messages through the mail. The sender would record a message on a PlayTape audio cassette (maximum length: 10 minutes) using a Mail Call player/recorder. The sender would then put the tape in the mail and the recipient could then listen to it on their own Mail Call player/recorder. A pair of Mail Call units cost $70 in 1967 (that would be about $480 today). Mail Call was not a commercial success and the PlayTape format was superseded by the 4-track and 8-track formats.