Renowned dialect coach Erik Singer (previously) provided Wired with a verbal tour of the wide variety of accents that are employed across the United States. Singer, with the help of other linguists and language expert such as Nicole Holliday, Megan Figueroa, Sunn m’Cheaux, and Kalina Newmark, explores each linguistic region, giving examples of the speech patterns and delves into the history of the accent.

Dialect coach Erik Singer once again takes us on a tour of different accents across English-speaking North America. Erik, along with a host of other linguists and language experts, takes a look at some of the most interesting and distinct accents around the country. 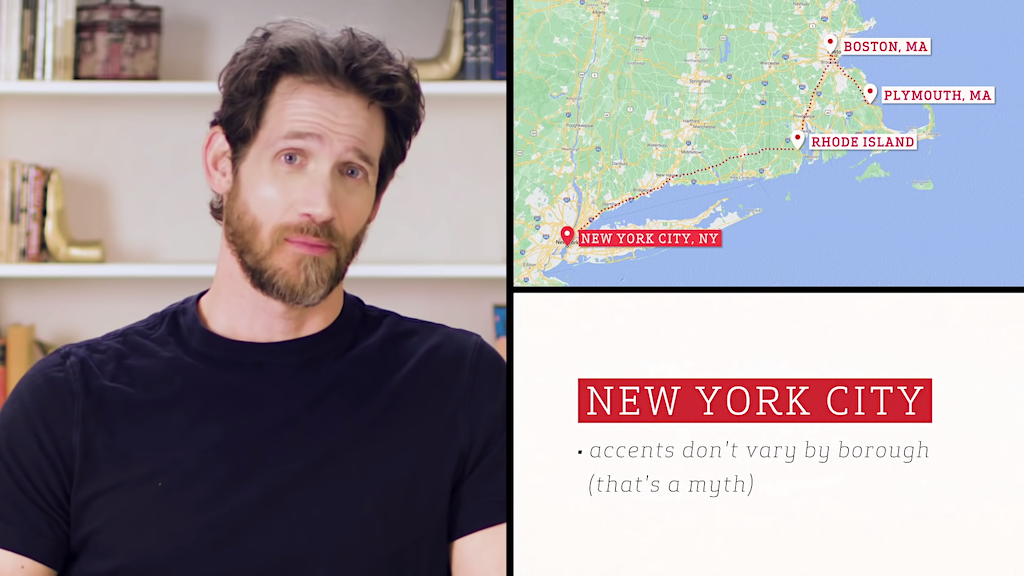 Part one looks at the northern and southern regions of the east coast, while part two examines more of the south, midwest, and pacific regions of the US and also enters into Canada.