Leviathan is an upcoming documentary that follows the voyage of a Massachusetts-based commercial fishing vessel in the dangerous waters of the North Atlantic. The film has no dialogue, instead relying on footage from 12 cameras to provide a visually striking, immersive view of commercial fishing—the ship, the crew, the sea & the fish. The film is directed by Lucien Castaing-Taylor (Sweetgrass) and Verena Paravel (Foreign Parts). It opens in March 2013. 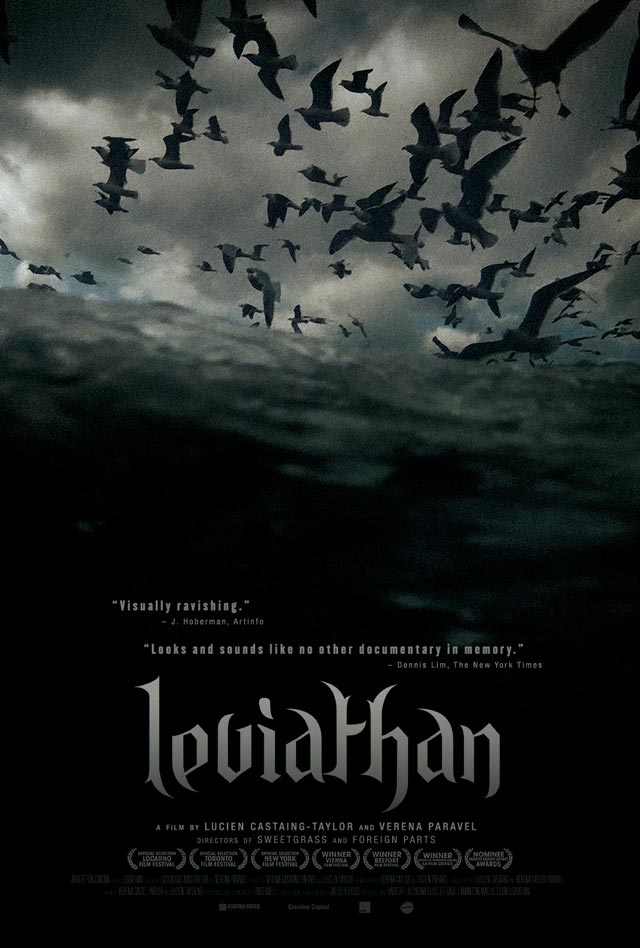