“Le Gouffre” (The Chasm) is a delightful animated short film about a pair of travelers who embark on a project to build a rickety bridge across a massive canyon. The film was created over the course of two years by Carl Beauchemin, Thomas Chrétien, and David Forest of Lightning Boy Studio in Montreal. The studio developed a beautiful painterly style of computer animation for the film–which makes for some stunning visuals. 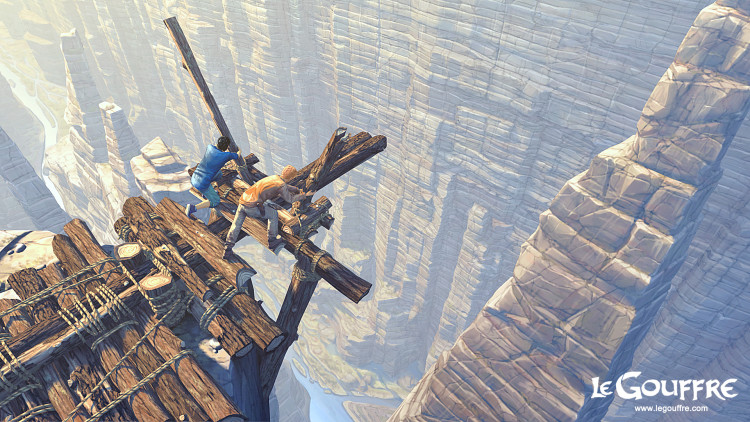 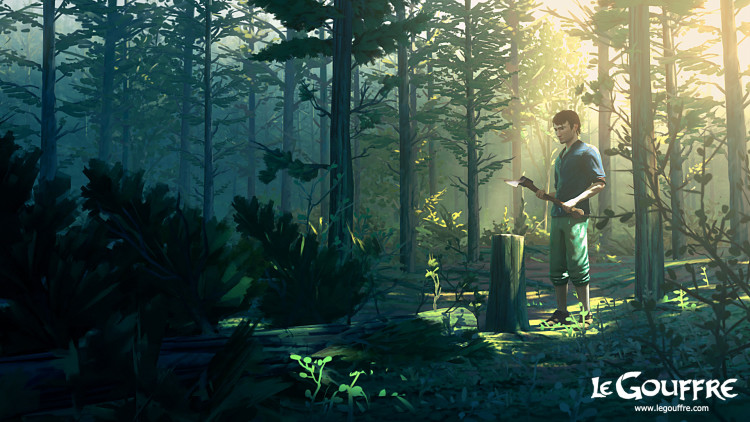 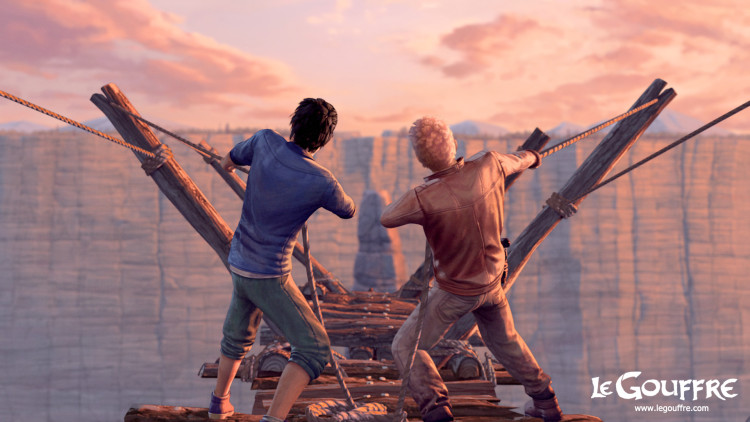