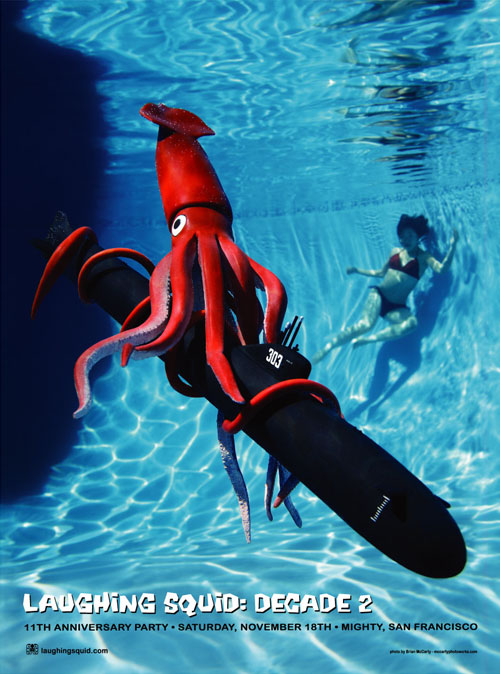 Join Laughing Squid as we enter our 2nd decade at our 11th anniversary party.

– Inside Mighty there will be a slide show projection featuring 1300 of Laughing Squid primary tentacle Scott Beale’s photos from the last few years.

– Oh My God! by Harrod Blank

– Cyclecide is bringing and assortment of bikes to ride

We will be giving out free Laughing Squid: Decade 2 Posters created by Brian McCarty.

Check out our blog for event updates. The event tag is: laughingsquid11