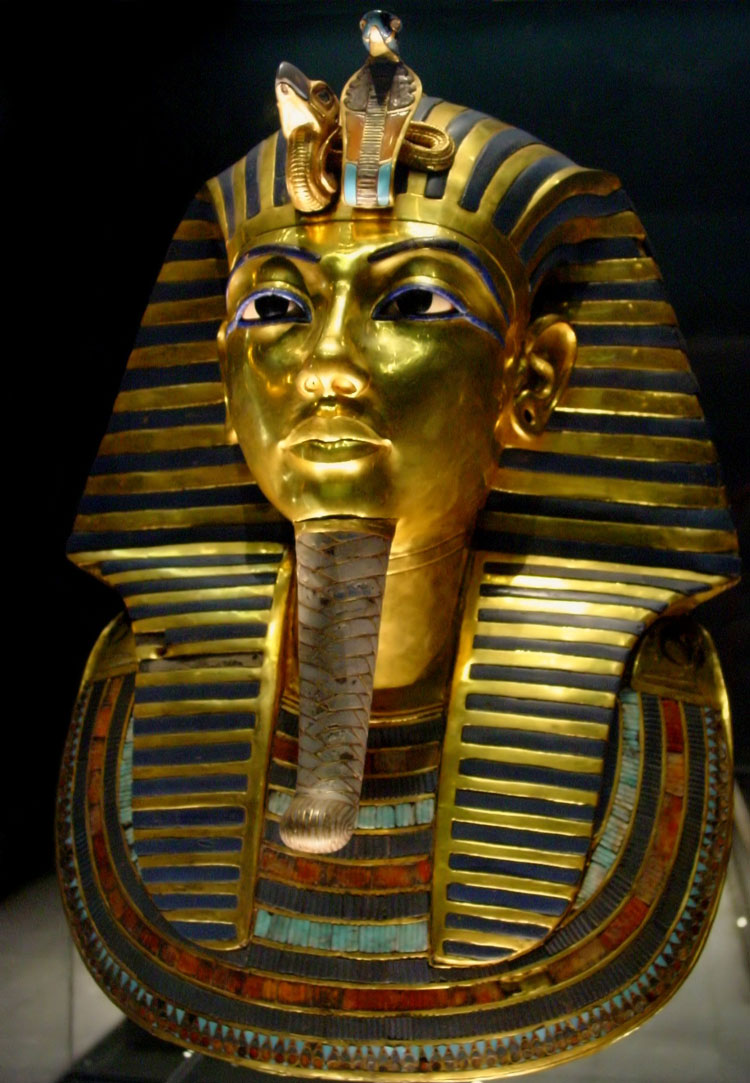 The burial mask as it appeared before the damage. Photo by Bjørn Christian Tørrissen

Yesterday conservators at the Egyptian Museum in Cairo disclosed that the iconic gold and blue burial mask of Egyptian pharaoh Tutankhamun (“King Tut”) was permanently damaged by a rushed repair job after the mask’s beard became detached during cleaning last year. It’s unclear if the beard broke off or was removed because it was loose, but museum conservators (who asked to remain anonymous for fear of professional reprisals) said they were asked by higher-ups to fix the mask quickly. Rather than repairing the mask in the museum’s conservation lab, a museum employee reattached the beard with a permanent epoxy. A thin line of epoxy is now visible between the beard and the rest of the mask. During the repair, epoxy also fell on another part of the mask. It was removed with a spatula, leaving scratches on the more than 3,300-year-old relic. An investigation is reportedly underway.