William Orrell broke a world record on January 31, 2015 with his incredibly quick hands by hitting an even five seconds in the cycle cup stacking competition, beating his previous record by a tenth of a second, at the WSSA Girls Incorporated of Columbus and Phenix-Russell Open Sport Stacking Tournament in Columbus, Georgia. Orrell went on to set two more world records with his amazing cup stacking skills.

At the same tournament, which took place in Columbus, Georgia, he landed 1.861 seconds in the 3-6-3 surpassing his previous record of 1.863 seconds. Just a week later at the Third Annual Ohio Valley Sport Stacking Tournament in Wheeling, West Virginia, the 16-year-old stacking phenom succeeded in setting a new mark in the 3-3-3 with a time of 1.418 seconds (his previous record was 1.424). Once again, the WSSA congratulates William on his amazing sport stacking accomplishments! 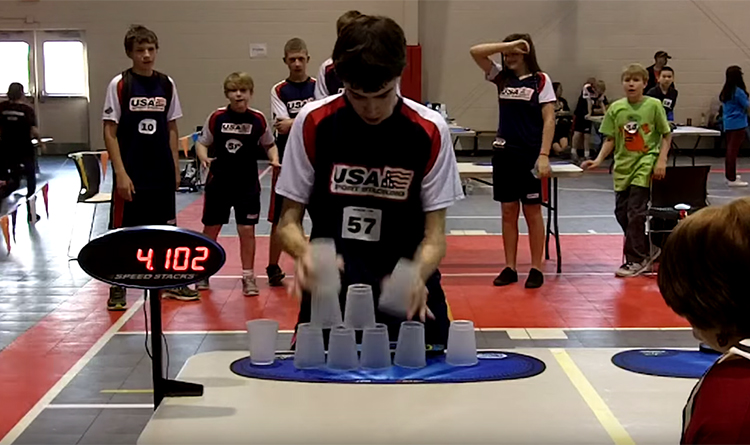