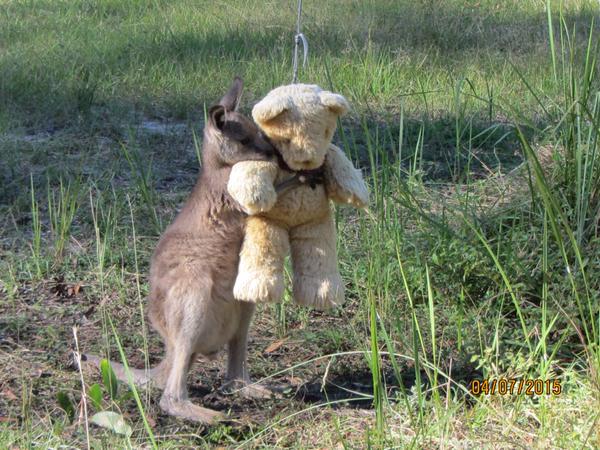 An orphaned kangaroo joey named Doodlebug who had been released into the wild returned to his former home at WIRES Wildlife Rescue Center in South Australia in order to give a big hug to a plush teddy bear. The picture was taken by Gillian Abbot, a wildlife caretaker at the center and tweeted out by her son Tim Beshara, a political advisor to Tasmanian Senator Peter Whish-Wilson.

He may have fallen out of his mother’s pouch or his mother may have died. He was a couple of months old when he was passed onto my mother’s wildlife company WIRES. She has since nursed it back to health and it is now hopping around the forest and coming back for the occasional feeding or cuddle, as the image shows.

Donations to help WIRES provide care to kangaroos and other native Australian animals can be made through their site.