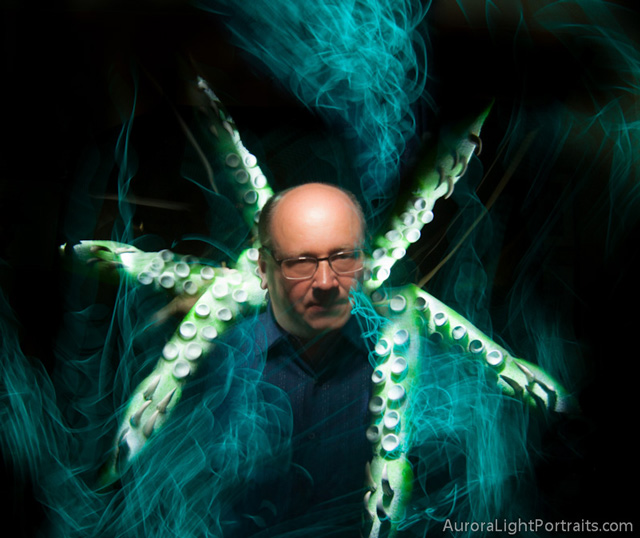 Last week the entire Laughing Squid Tentacle Team (bloggers and everyone from Laughing Squid web hosting company) gathered in the San Francisco Bay Area to meet for the first time ever. As part of this epic gathering, I hosted a small cocktail party at my home for the team and some close friends. At the party our dear friend, photographer Julian Cash of Aurora Light Portraits, shot these fast-paced light painting portraits. Everyone loved their session with him which took place in his temporary studio (the space that is usually my home office). He had us using props (objects found in my home) like my toaster, a custom made squid arm, googly eyes, a rooster mask, and more. Here’s a look at the images from that night. He’s available for a wide variety of events and he’ll honor crazy requests from his subjects.

We have featured Julian and his amazing work before on Laughing Squid, notably for his book, The People of Burning: Portraits of Revolutionary Spirits, and his appearance as a contestant on America’s Got Talent. 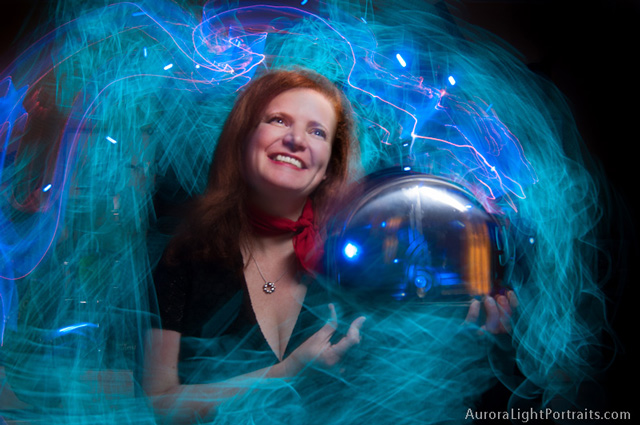 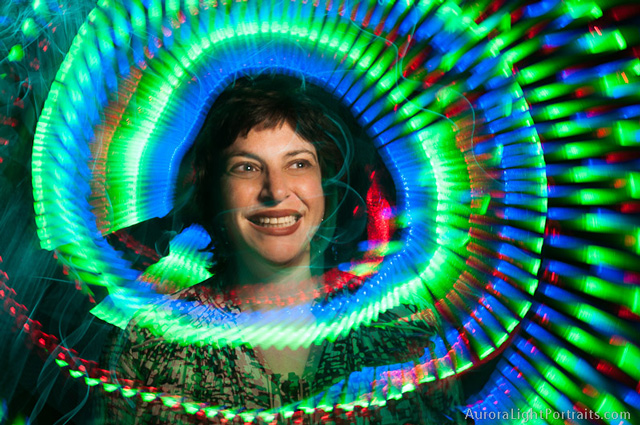 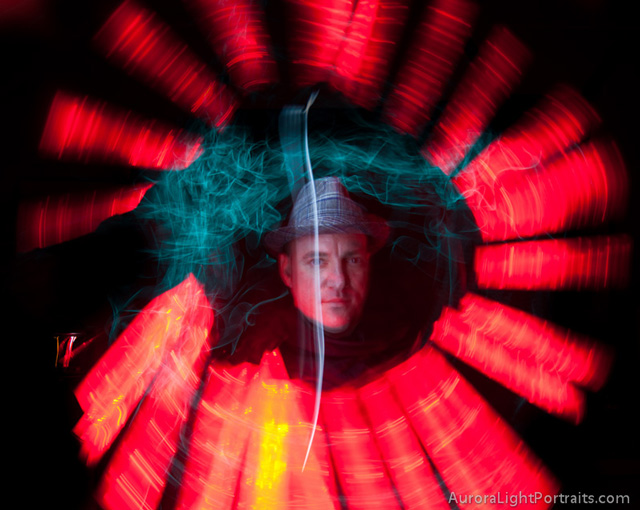 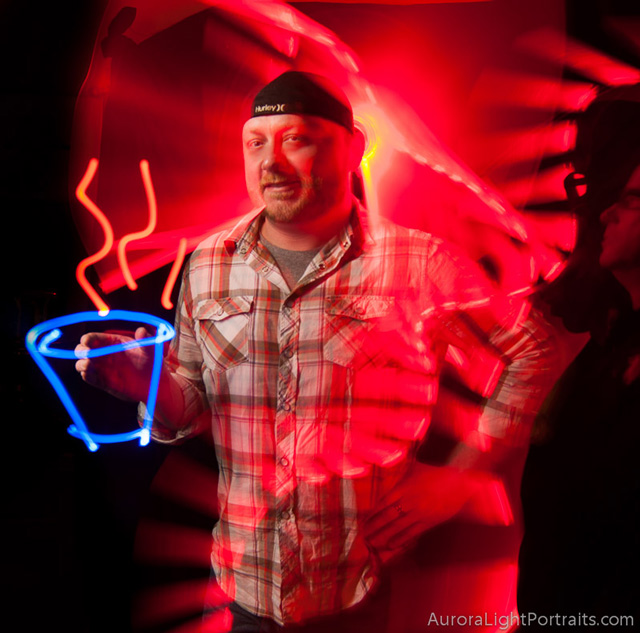 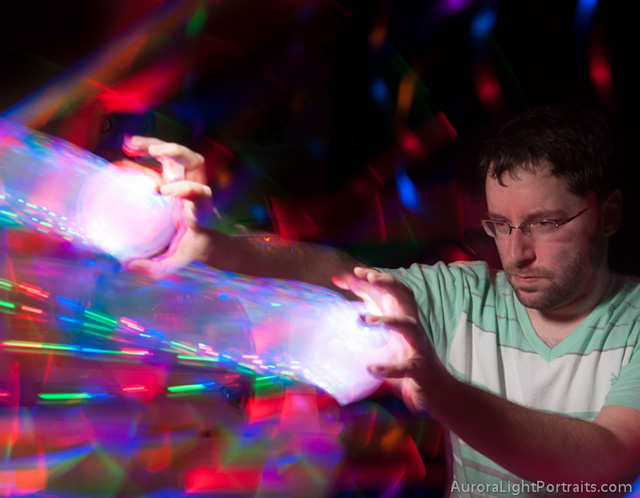 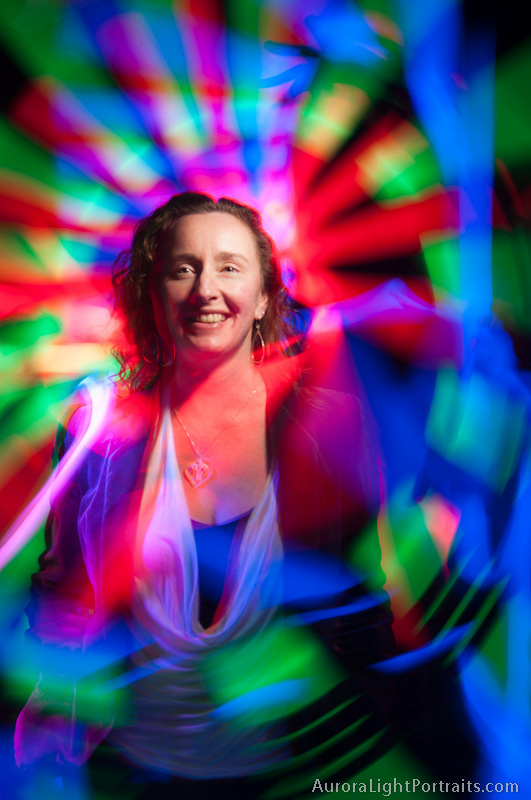 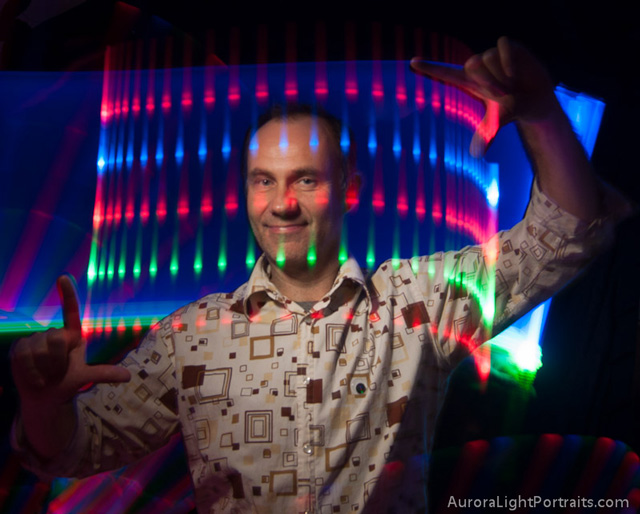 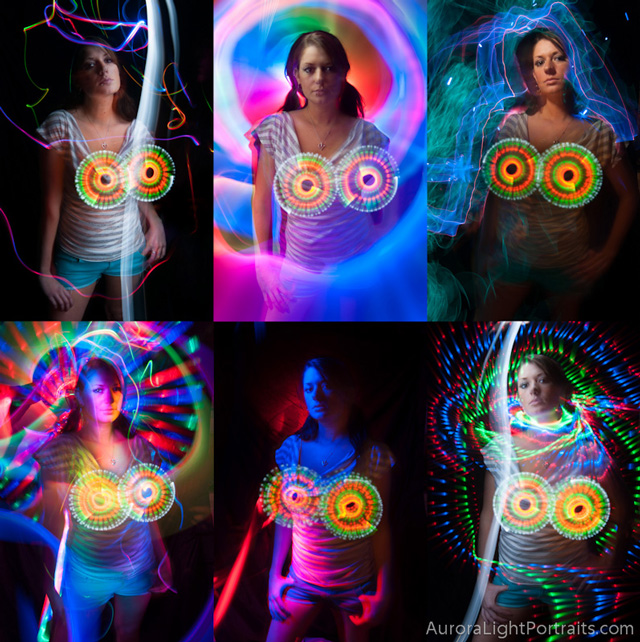 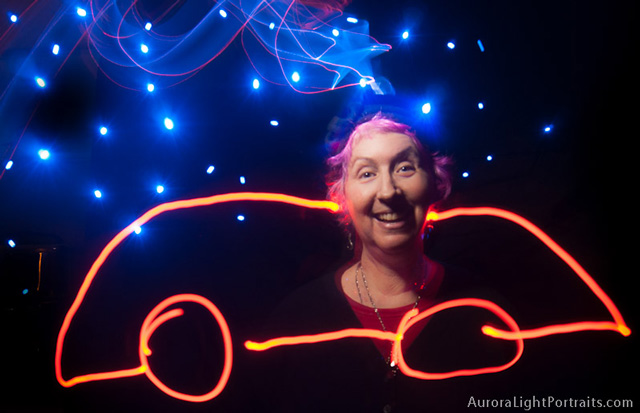 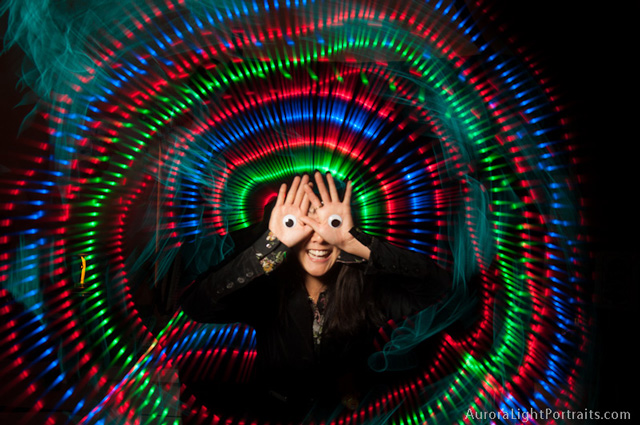 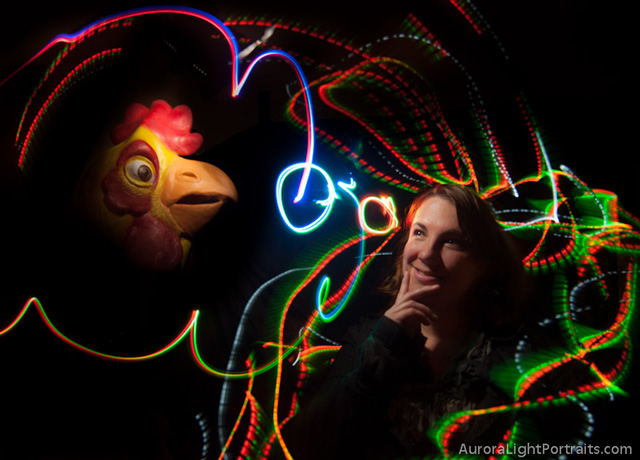 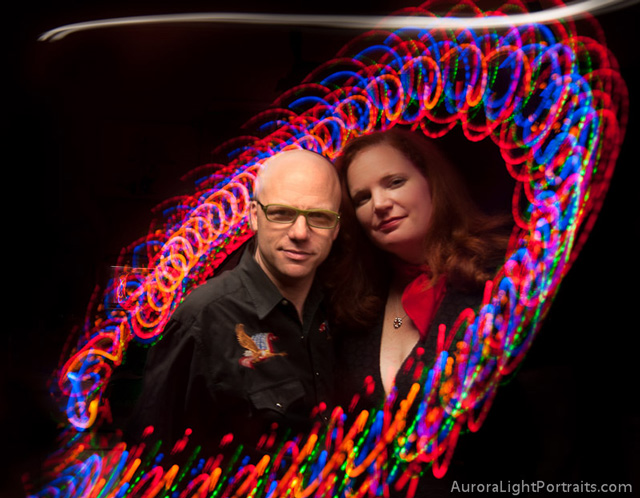