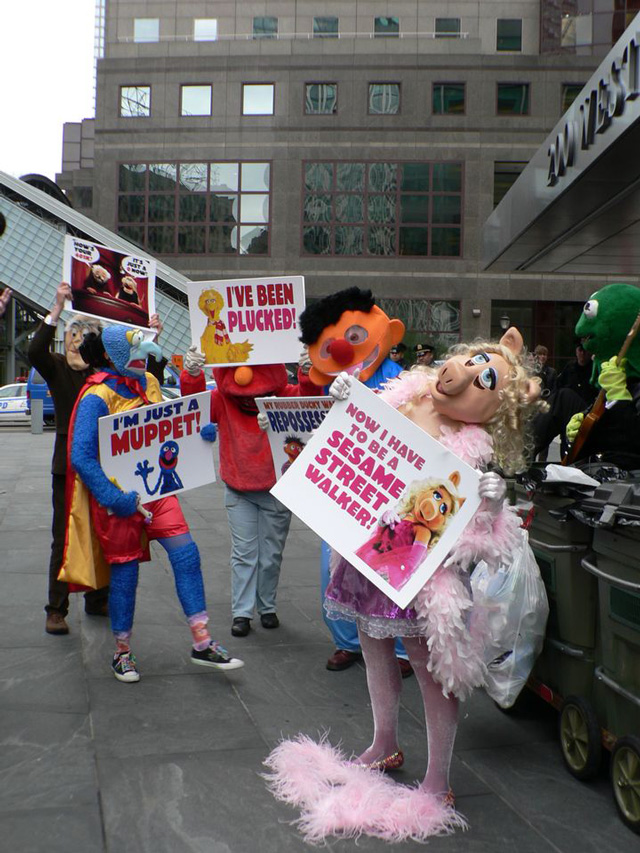 As we posted about recently, prankster Joey Skaggs brought his mobile Trojan House and a band of “pissed off muppets” to protest “greed and corruption in the financial sector” outside of Goldman Sachs on April 23, 2012. The full story of how the protest went down is at Skaggs’ site, The Art of the Prank.

…Goldman Sachs played a key role in the collapse of the American economy by intentionally bundling tens of billions of dollars into risky loan investments. They are reported to have callously referred to their sucker clients as “muppets.”

…Say Skaggs, “The police were only concerned with protecting the power center, the white collar criminals with blood on their hands, who have exploited the public. The bankers, who control the politicians, will continue to get away with their crimes against society until we, the people, make stronger demands. Let’s keep the pressure on. Fight for awareness and for change with creativity and humor.” 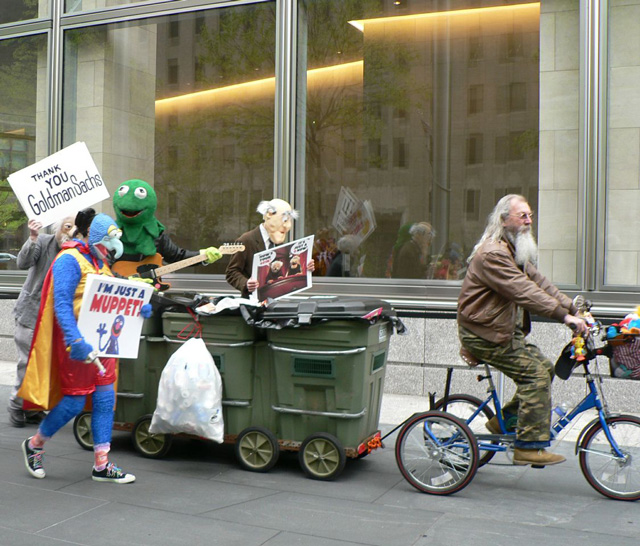 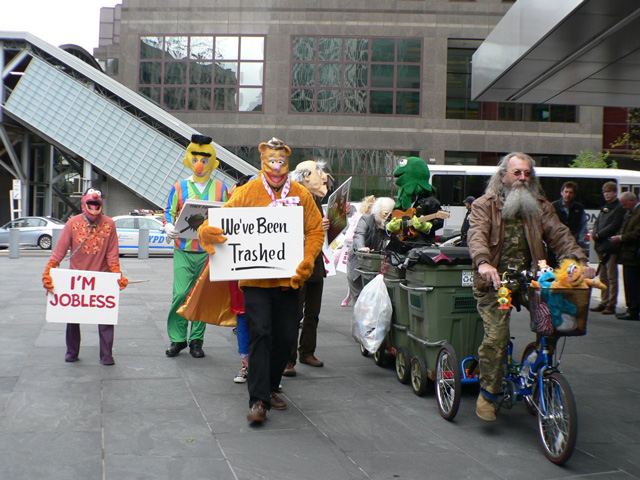 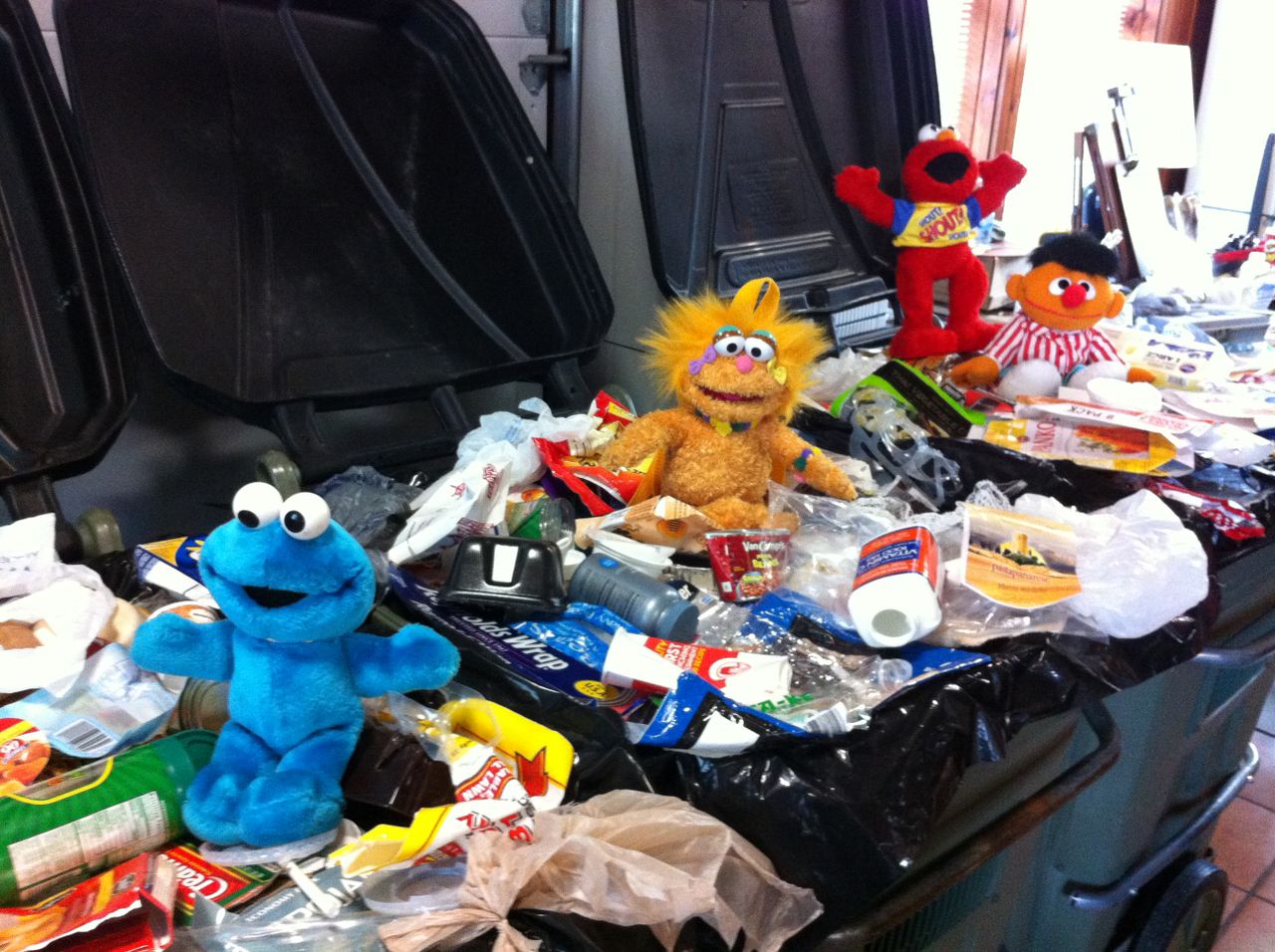