Last year we posted about Jim Power (aka The Mosaic Man), the New York City artist who, for the past 25 years, has been making mosaics around New York City’s East Village as a way to document the neighborhood. His mosaics adorn 80 light poles in the East Village, however many are badly degraded due to vandalism or destruction. Power and his supporters are raising funds on Indiegogo to help finance the restoration of New York City’s “Mosaic Trail.” 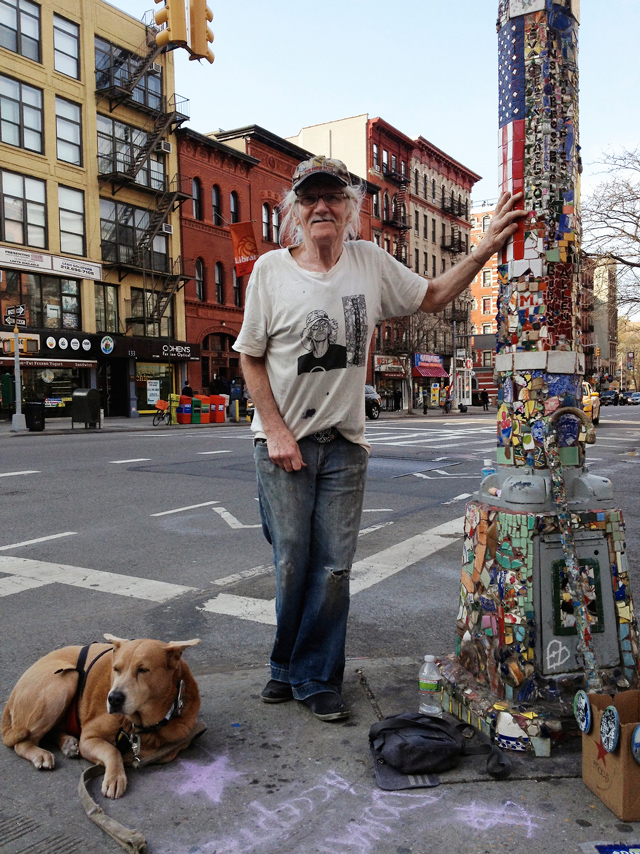