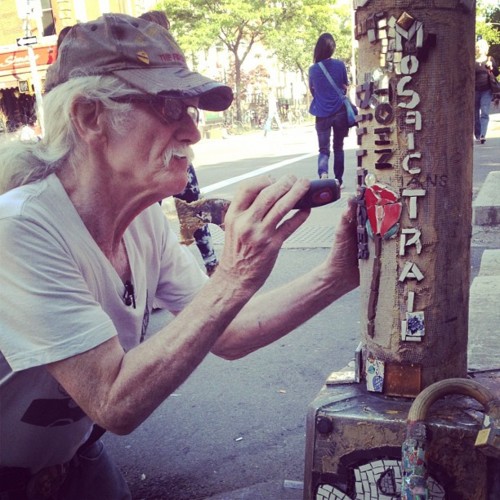 Jim Power working on his Museum of the American Gangster pole on the Mosaic Trail in the East Village.

Jim Power, aka the “Mosaic Man”, has been creating his Mosaic Trail in New York City’s East Village for over 25 years as a way to document the neighborhood’s history. Now world famous, the Mosaic Trail consists of 80 lampposts covered in his mosaics, each one representing important people and happenings in the Village. Etsy recently featured Jim on their blog and made a short, fascinating documentary about his work and life titled Jim Power and the Mosaic Trail. Jim makes beautiful mosaic belt buckles which are available to purchase at his Etsy shop, MosaicManNYC. Donations can be made to help support Jim’s work on the Mosaic Trail through City Lore, a nonprofit organization.

In the ’90s, the Giuliani administration tore down fifty of the lamp posts. Ever since, Jim has been on a mission to rebuild the trail. It hasn’t been easy. Jim has been homeless for over twenty five years, but the neighborhood has come together to support him. A local landlord donated a studio space, friends help with the mosaic works, and he now has a website and an Etsy shop. 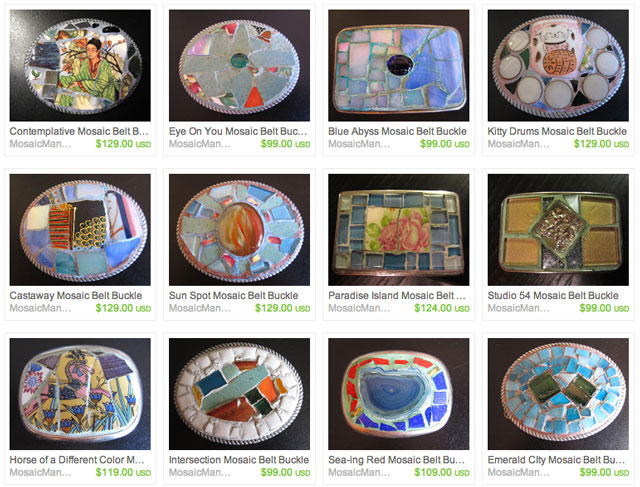 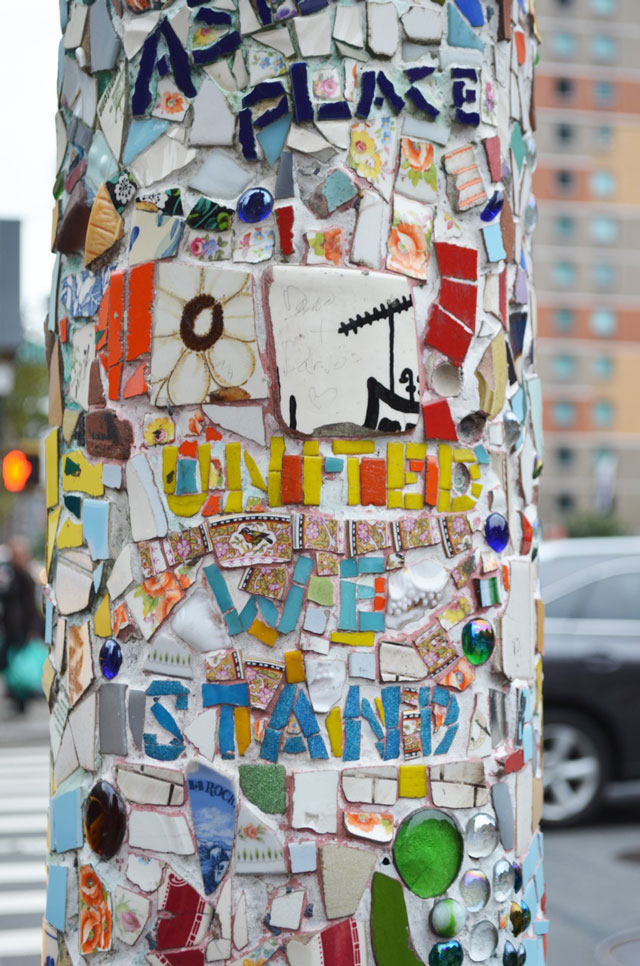 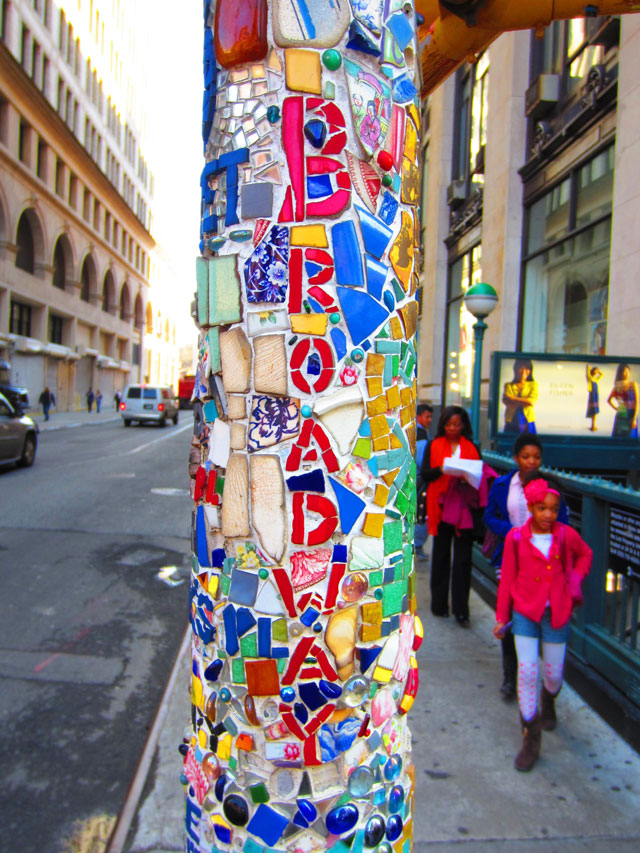 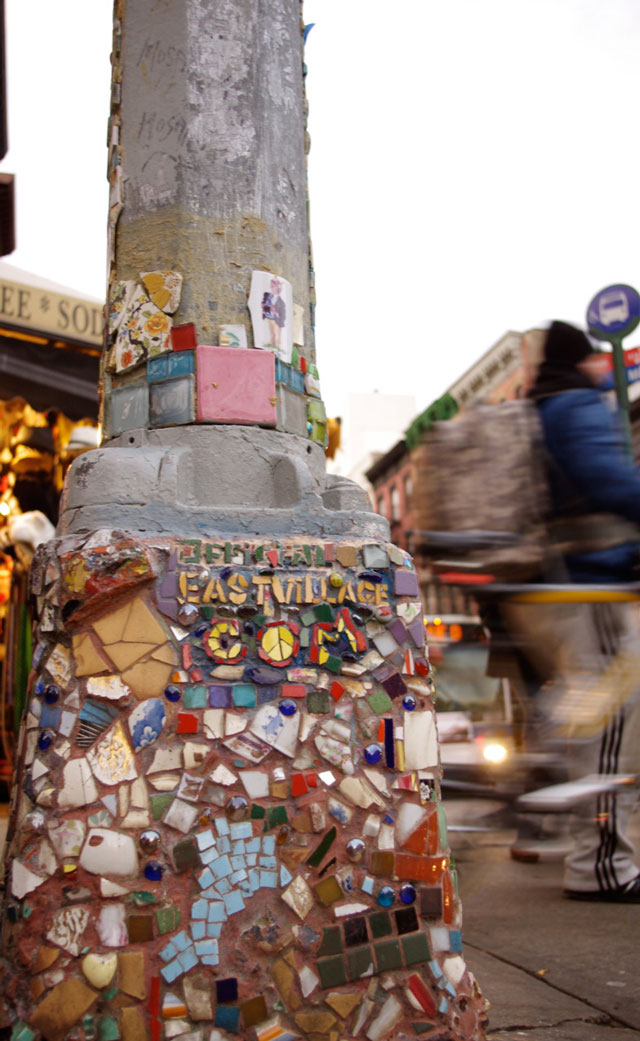 via Etsy and ANIMAL