Italian activist artist Biancoshock has decorated several manholes in Milan as if they were rooms within a home. The installation, entitled “Borderlife“, makes a powerful statement about homelessness, particularly when a segment of the population attempts to make a home within the sewer system.

If some problems can not be avoided, make them comfortable. Intervention that, paradoxically, speaks about people forced to live in extreme conditions, even coming to live in manholes. An example of inspiration is Bucharest, where more than 600 people live underground, in the sewers.

"If some problems can not be avoided, make them comfortable".
BORDERLIFE, a true project. #activism #ephemeralism 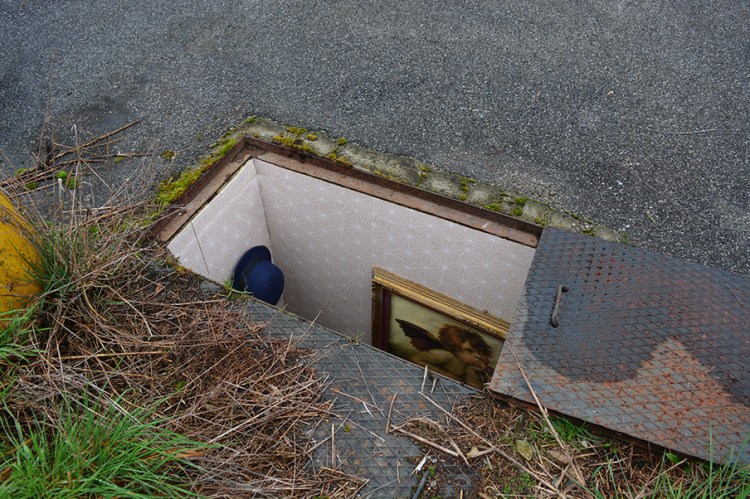 via StreetArtNews, this isn’t happiness, My Modern Met