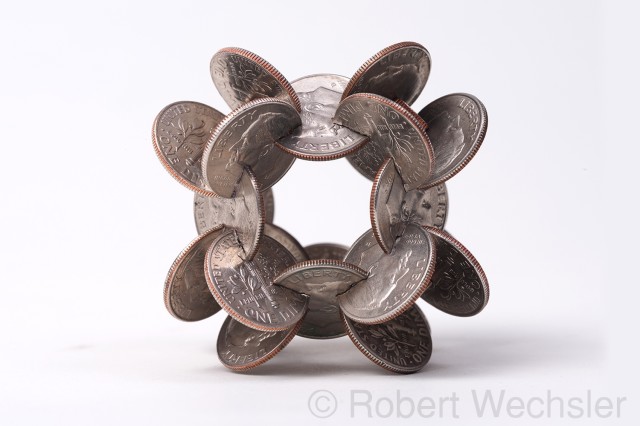 Artist Robert Wechsler has made a series of wonderfully intricate geometric sculptures out of coins. “The Mendicant” series consists of three cubes made of lattices of interconnected pennies. The largest is 21 inches wide and made of 26,982 pennies. His 2013 series “Money” features many small geometric forms made of coins from a variety of countries. “Money” was commissioned by the New Yorker for the October 14, 2013 issue. 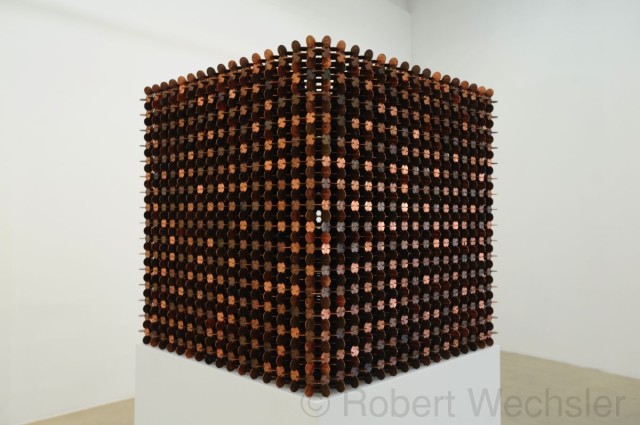 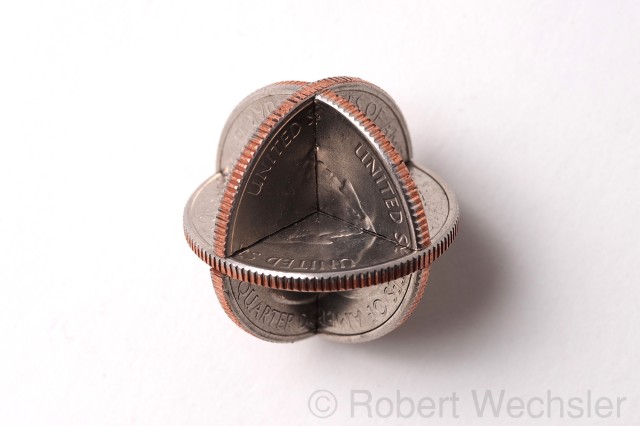 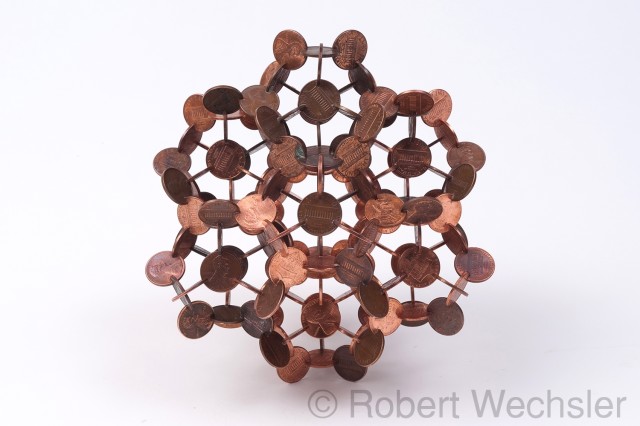 photos and video via Robert Wechsler