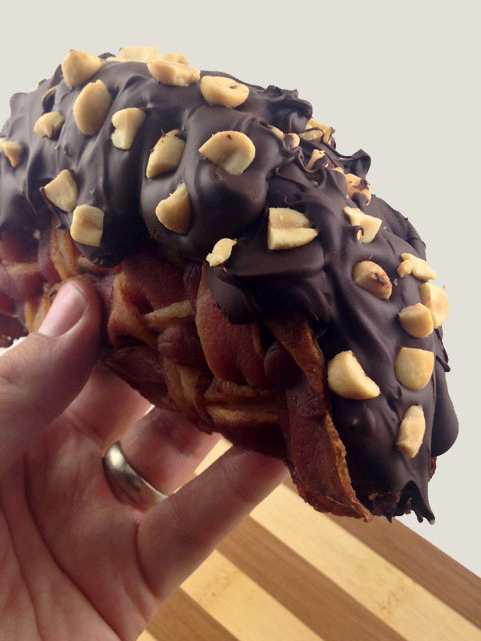 Nick of Dude Foods has created a Bacon Weave Choco Taco by weaving strips of bacon into a square, forming a taco-like shell, and stuffing it with traditional Choco Taco fillings such as vanilla ice cream, milk chocolate, and fudge. He completed it by topping it with peanuts, just like the original.

…I was surprised with how perfect my Bacon Weave Choco turned out, not only in terms of looks, but taste-wise as well. I’m a huge fan of sweet and salty combinations when it comes to food so this was pretty much the perfect dessert for me.