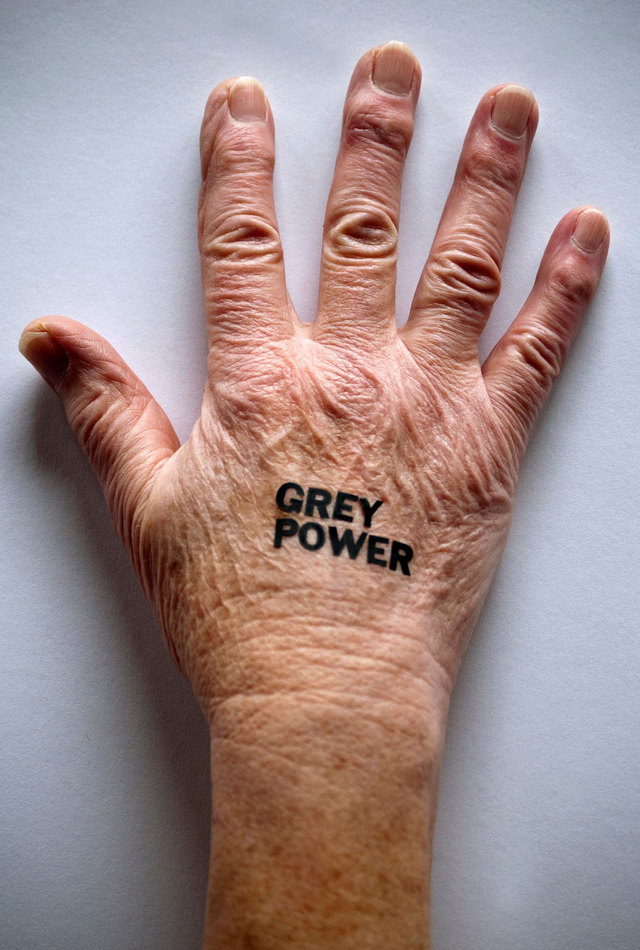 We are living in a rapidly ageing society. A majority regards this as a negative development. Older people are perceived as standing on the sideline, having lost their independence. But I see the great value this generation can offer. For ‘Grey Power’ I used drawings made by children of their grandparents, to create an image boost for this generation. Children do not regard their grandparents as grey and withered, but as active human beings who add color to their lives. Their fresh perspective can contribute towards a more nuanced and positive view on the composition of our society.

To see the rest of the series photographed by Nick Bookelaar of 040 fotografie, head over to Lefevre’s website. 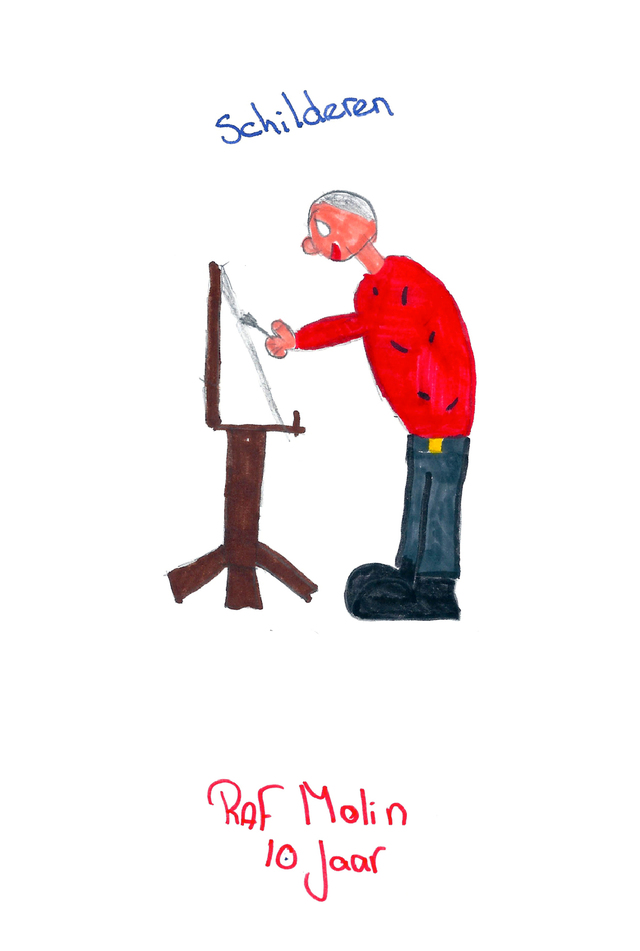 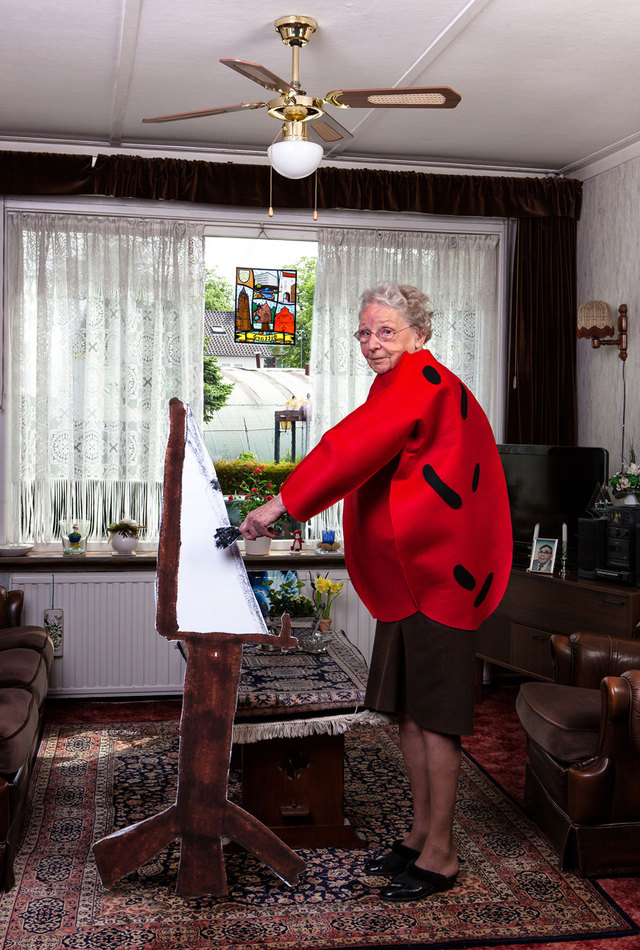 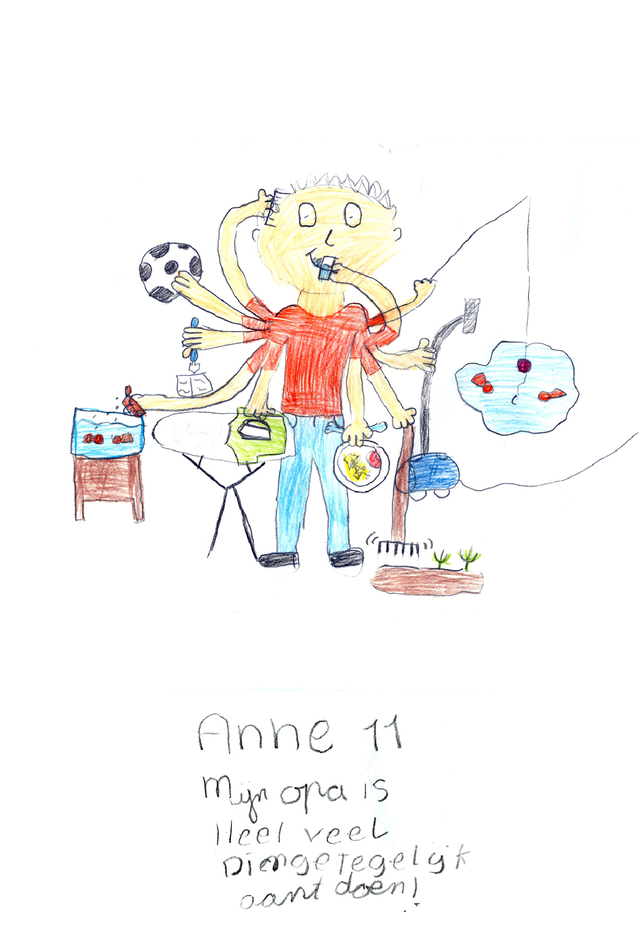 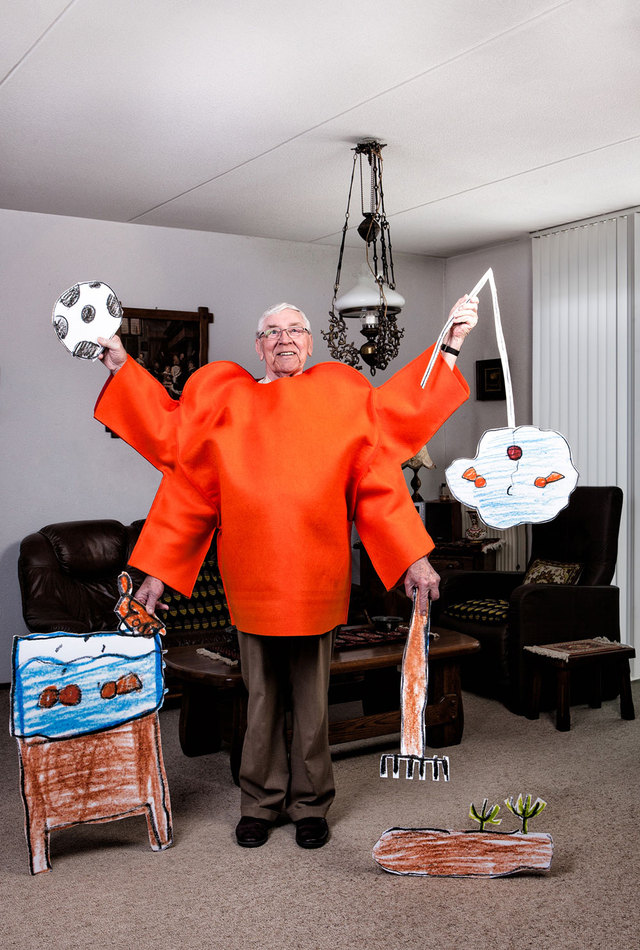 photos by Nick Bookelaar of 040 fotografie, via Yoni Lefevre