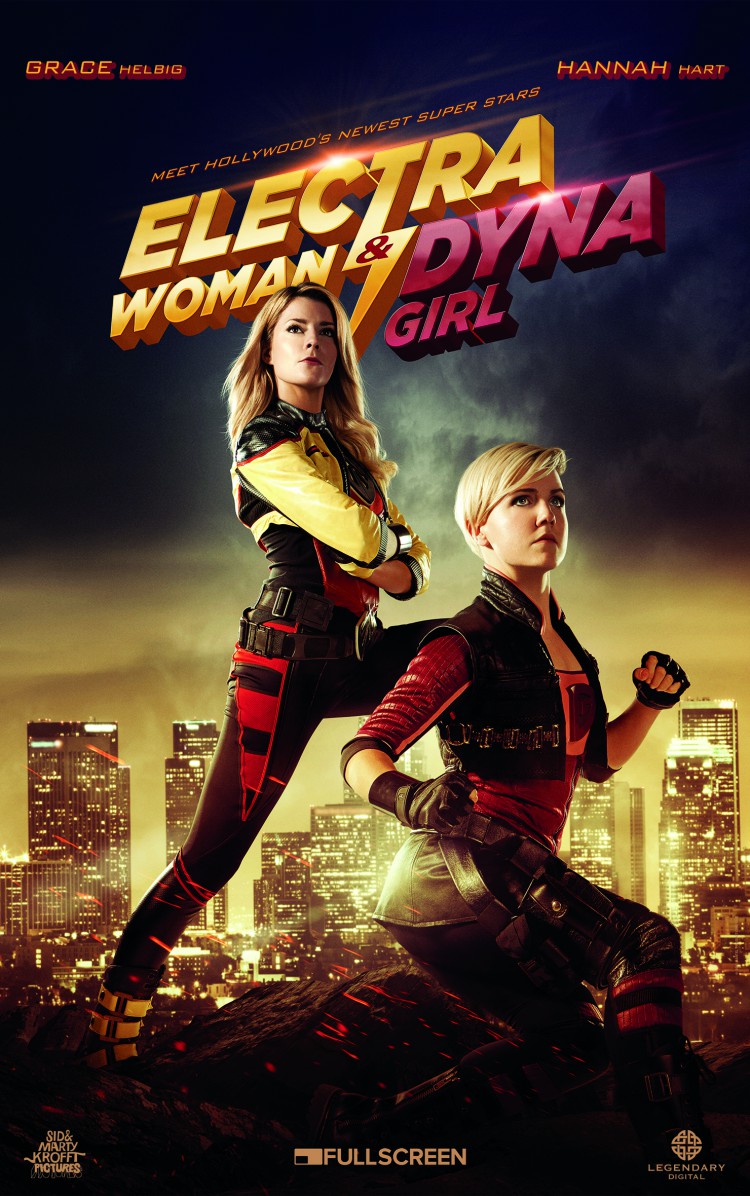 ELECTRA WOMAN & DYNA GIRL follows two superheroes Electra Woman (Helbig) and Dyna Girl (Hart) as they move from Akron to Los Angeles in hopes of making it big in the crime fighting world, only to find competition with other vigilantes and infighting amongst themselves.

The original theme from the 1976 series.

The unaired pilot for the attempted 2001 remake.