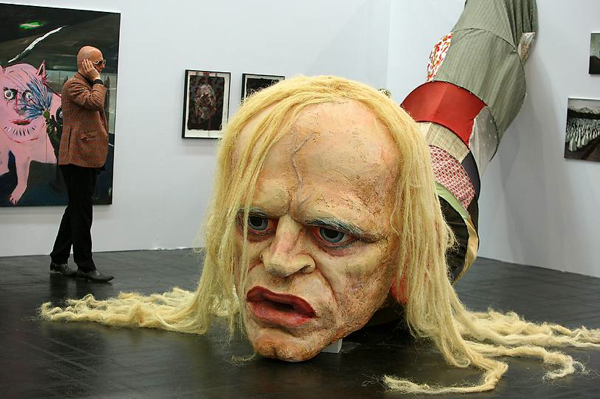 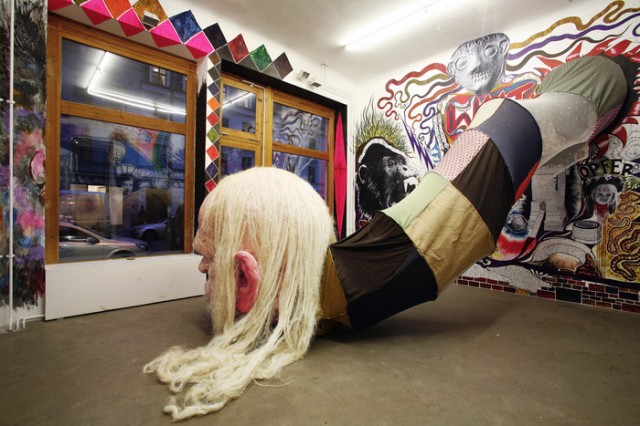 German artist Paule Hammer created this giant, unsettling sculpture of the head of German actor Klaus Kinski back in 2005. The piece is entitled “Niemand weiß, was wir fühlen” (“Nobody knows what we feel”).

Paule Hammer’s works are situated somewhere between painting, installation and sculpture, though it should be noted that his extending the act of painting to walls and objects initially stems from his unrestrained joy of painting. With much obsession, visual irony and humour, his works deal with the myths of everyday life as well as art – Klaus Kinski and Vincent van Gogh, Hannelore Kohl and Walhalla, Rock ‘n’ Roll and King Kong. In Hammer’s wide-spun visual universe, they are all caught like flies in a spider’s web, to be consumed with relish.