To promote Season 3 of HBO series Game of Thrones, several pedicabs decorated like the Iron Throne were launched on the streets of Austin to help SXSW attendees get around. Scott and I spotted some of them around downtown and later heard the ‘king’ of Craigslist, founder Craig Newmark, had taken the opportunity to sit in the bladed seat. Season 3 of the series premieres March 31, 2013 at 9 PM. 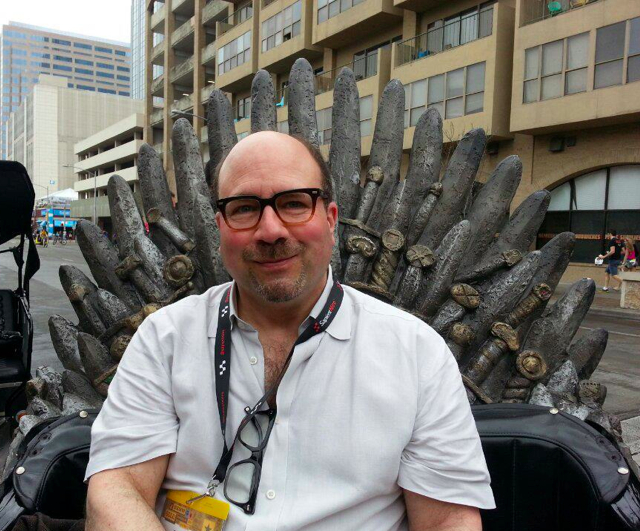 “I could get used to this, won’t lose my head. #westeros at #swsw”