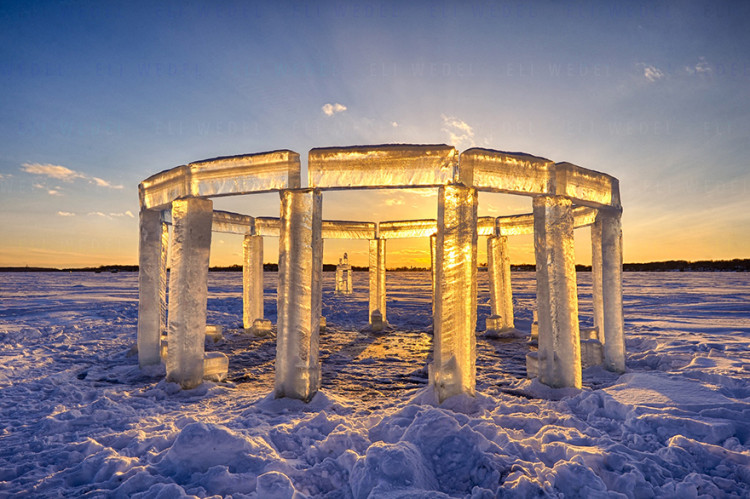 A group of five Wisconsin men recently built a beautiful ice sculpture of Stonehenge on a frozen lake near the small town of Lake Mills. The sculpture, entitled Icehenge, was built of ice blocks that each weighed about 300 pounds. The group cut the blocks out of the lake with ice saws. It’s not their first attempt at Icehenge–they partially built the sculpture last year but were stymied by subzero temperatures.

Unfortunately it is too late to see Icehenge, as it was taken down due to warm temperatures and safety issues. However Lake Mills-based photographer Eli Wedel took some wonderful photos of the sculpture during its brief existence. The Icehenge group consisted of Lake Mills-area residents Drew McHenry, Kevin Lehner, Quinn Williams, Alec Seamars, and Patrick Shields. 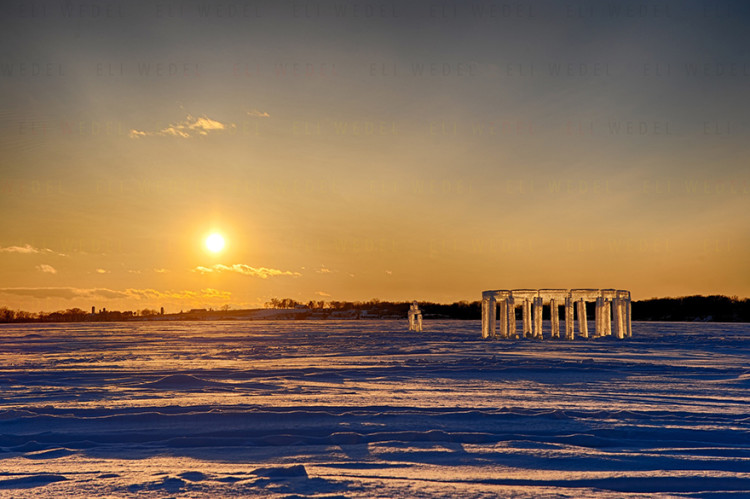 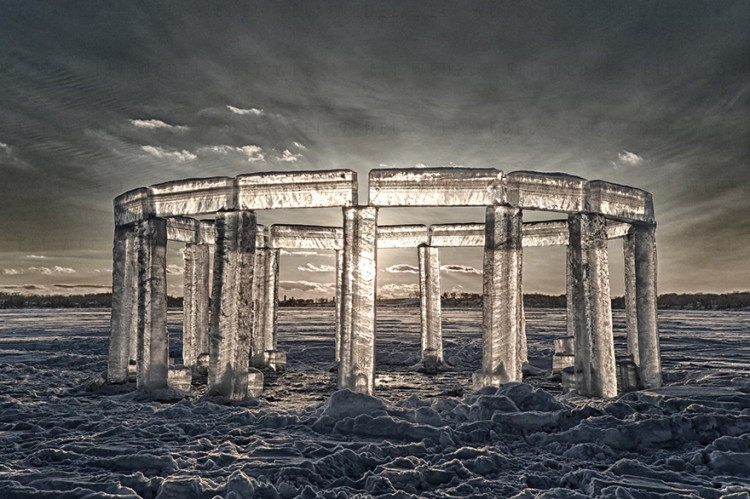