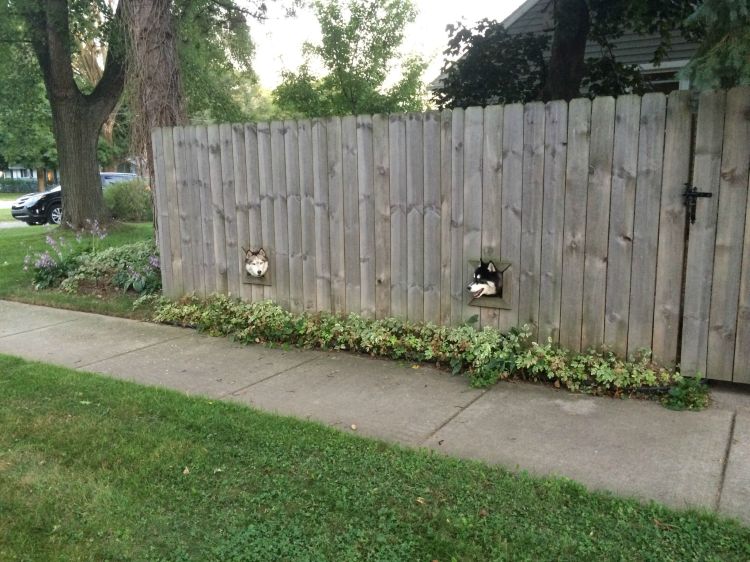 When dath0916 was walking his dogs, he noticed that his new neighbors had constructed a very creative fence that allowed their huskies to peek outside while still remaining in the yard. Unfortunately, the adorable faces first startled dath0916, although his own dogs were less impressed.

It scared me while I was walking. I had never seen those holes before and I didn’t know what they were for until the two heads came poking through. …They were friendly. They just scared me when they ran in to their holes and barked at my dogs. …They were just barking at my dog when we walked by and that was what startled me since I had no idea what the hole was for. I guess I should have figured it out but I wasn’t thinking about it at the time. …I have a trained English Setter so he already knew they were coming and just ignored them while I jumped. My other dog is a greyhound, and he’s extremely lazy, he jumped but not very far.