This past Saturday, a talented group of fans calling themselves the “Mary Mobsters” dressed as chimney sweeps and performed a coordinated dance from the classic Disney musical Mary Poppins for a very pleased Dick Van Dyke on his 90th birthday. Later on, Mr. Van Dyke joined the group for a rousing a cappella version of “Let’s Go Fly a Kite” from the same film.

It was a chilly, yet jolly holiday for a few hundred people who showed up to The Grove in Los Angeles, California yesterday morning. They were dressed as chimney sweeps for the world’s favorite chimney sweep made famous by the classic Disney film.

I am very grateful that at 90 years old, I can still go out and play!! #dvdturns90 https://t.co/0PSkmKCxtm via @youtube 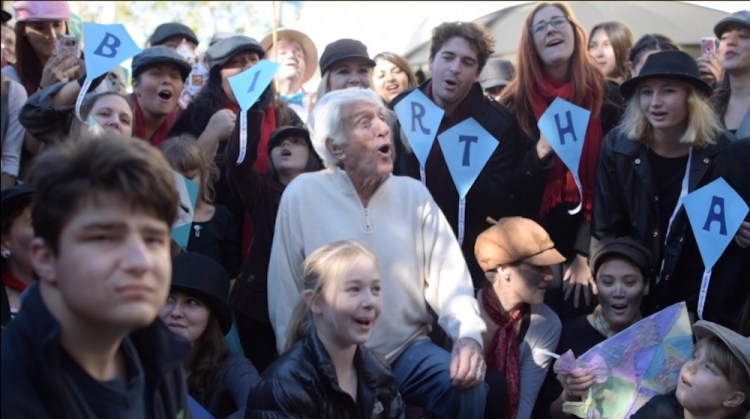 The group was organized through social media by his wife Arlene Silver-Van Dyke, Christina Karlin and the Spellman Sisters. 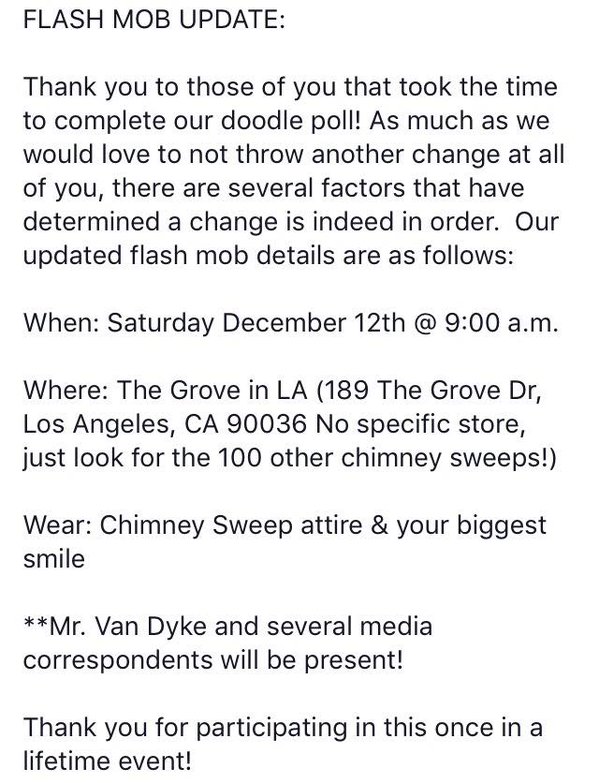 image via the Spellman Sisters