In 2012, two Canadian men named Steven and Derek adopted a tiny female pig whom they they were told was a “micro-pig” and named her Esther the Wonder Pig. But when Esther started getting bigger and bigger and the two men realized that they had been duped, it was too late. Both of them, along with the rest of the family, fell in love with the giant porcine, became vegan out of respect to Esther and even raised funds to build a farm in order to accommodate her enormous girth, as well as providing a home for other pigs.

Esther is a pig, that’s really all we know since she was misrepresented as a “micro-pig”. She was born in Summer of 2012 to what we believe was a commercial farm litter. She was somehow removed, perhaps because she was a runt?, and she found her way to us. This isn’t Esther’s fault, she didn’t ask for the life she was given. We have the chance to provide her with the life she deserves, not the one she was bred for. What kind of people would we be to deny her that? She deserves everything we can ever give her. 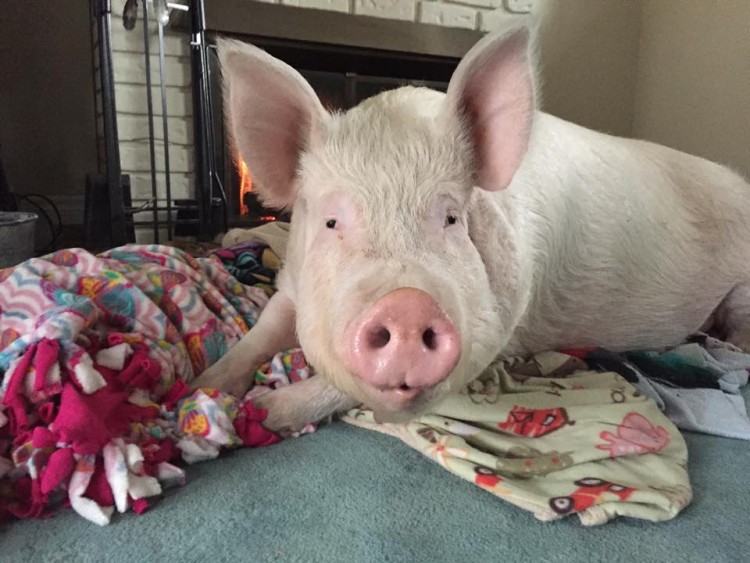 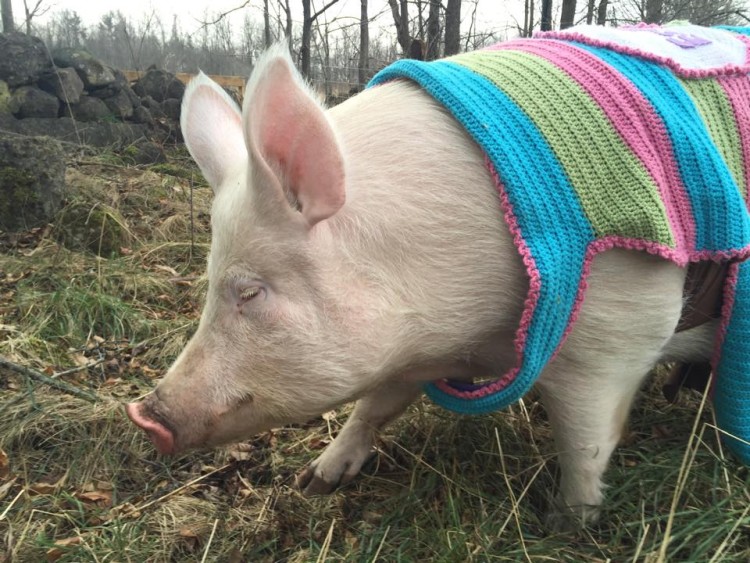 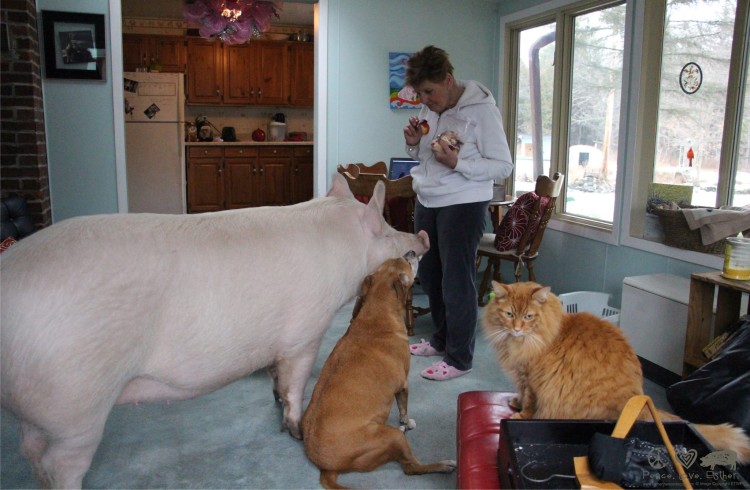 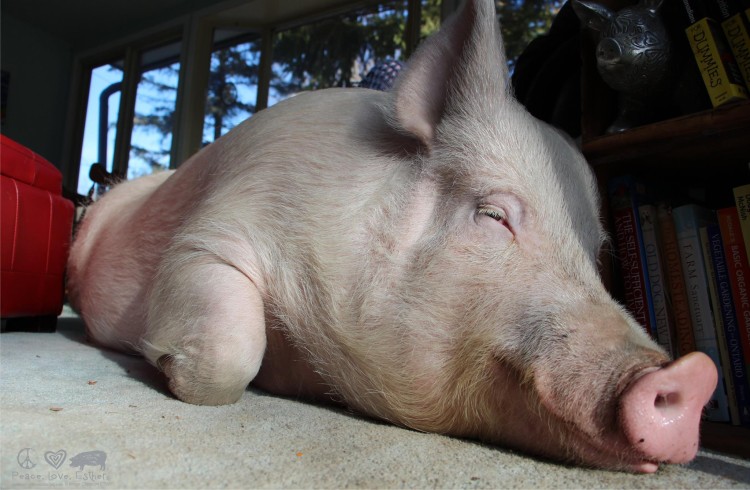 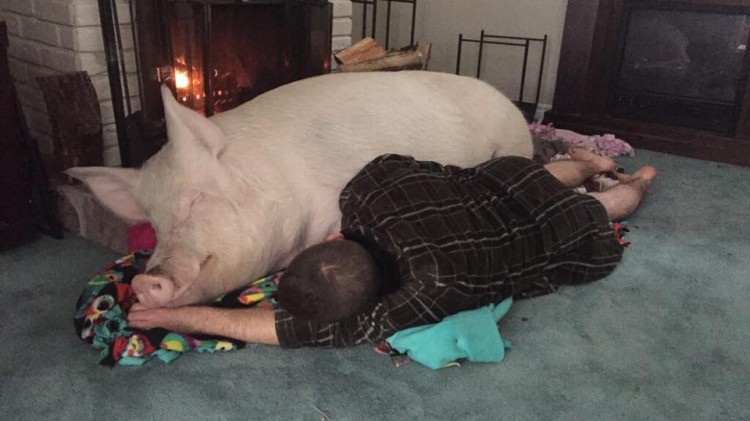 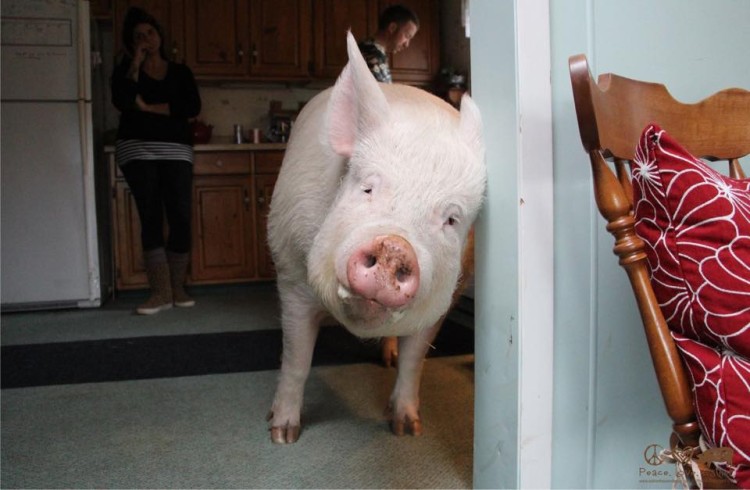 images via Esther the Wonder Pig