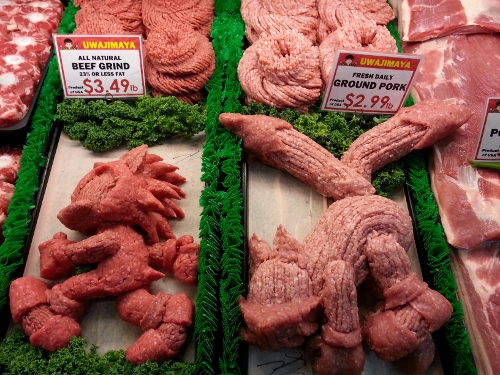 A Tumblr blog called Epic Grinds creates detailed meat sculptures of characters, creatures, and objects. Some of the sculptures depict characters from video games like Pokémon, Sonic the Hedgehog, The Legend of Zelda, and Metroid, others are ships from Star Wars and Star Trek. Check out more of the amazing meat sculptures at Epic Grinds. 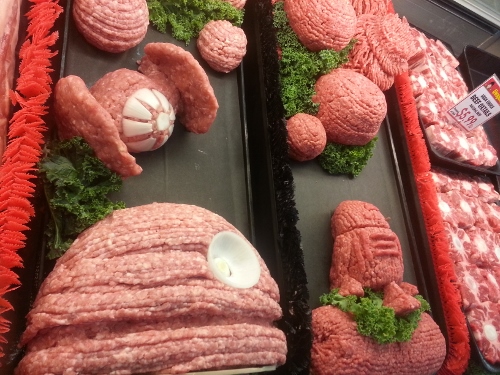 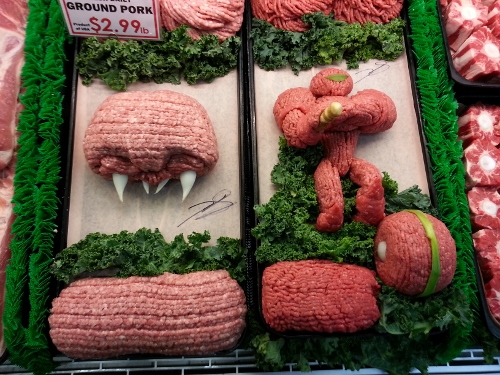 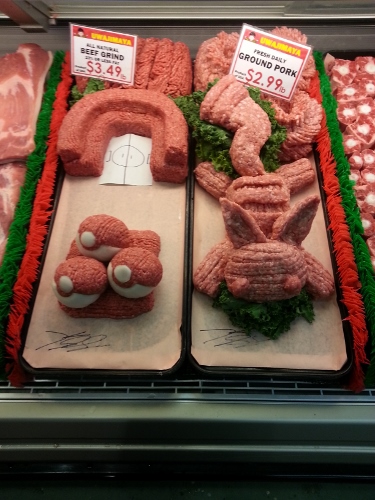