On Guinness World Records Day 2015, an affable English bulldog named Otto from Lima, Peru set a new record for the “Longest human tunnel travelled through by a skateboarding dog”. The previous record was held by the late great talented Tillman, also an English bulldog.

The 3-year-old pooch valiantly skated through the legs of 30 humans, who all faced the same direction and stood with their feet apart to allow the talented English Bulldog to pass freely through the human tunnel without being led or touched. 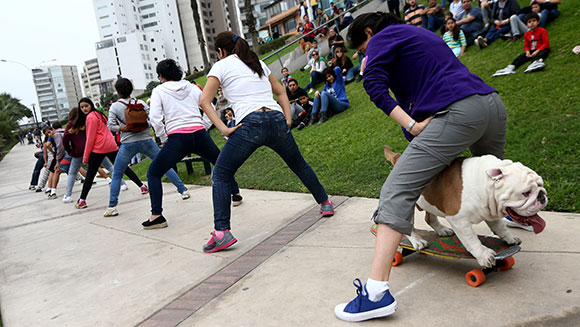 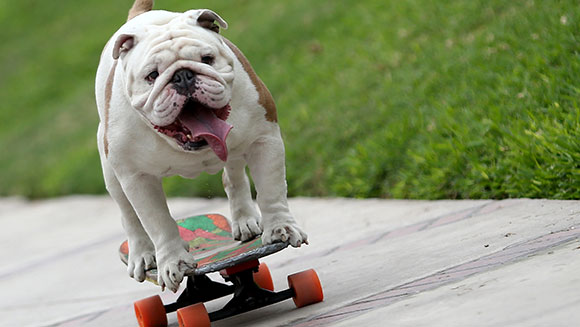 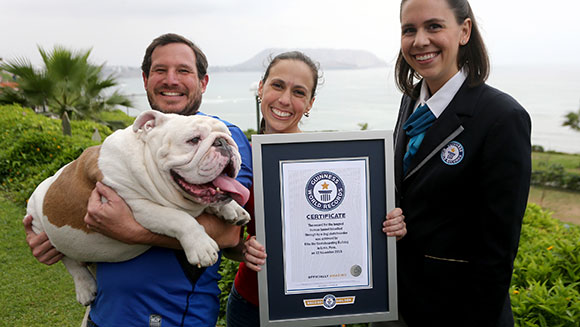