UPDDATE: Turns out this was an elaborate hoax. 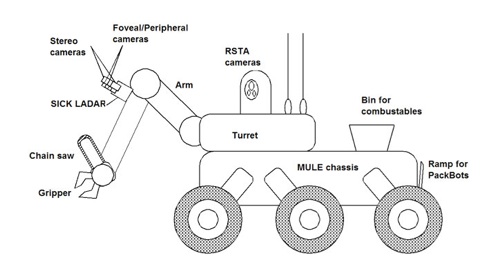 The Energetically Autonomous Tactical Robot, or EATR, from Maryland’s RTI is a fully autonomous robot that can actual forage for combustible, organic material to fuel its steam-powered engine. And by “forage,” I mean “eat corpses.” And since the project is being funded by the Pentagon, and potential uses include “mobile gunship,” it could operate indefinitely — or at least until it ran out of ammunition (then again, it could just switch to the included chain saw and hobble any live “fuel” with a whack to the shins). Your tax dollars at work, America.