“Drawing Blood” by Molly Crabapple, released today, is a fascinating personal memoir of her sketches, illustrations, writings and musings, all collected from her political activism and observations abroad and at home in New York City.

…after the crash, a wave of protest movements—from student demonstrations in London to Occupy Wall Street in her own backyard—led Molly to turn her talents to a new form of witness journalism, reporting from places such as Guantanamo, Syria, Rikers Island, and the labor camps of Abu Dhabi. Using both words and artwork to shed light on the darker corners of American empire, she has swiftly become one of the most original and galvanizing voices on the cultural stage. Now, with the same blend of honesty, fierce insight, and indelible imagery that is her signature, Molly offers her own story: an unforgettable memoir of artistic exploration, political awakening, and personal transformation. 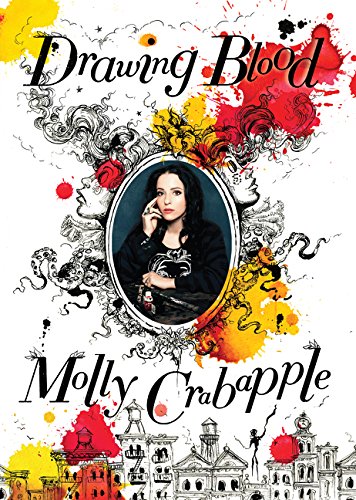