Dji. Death Fails is an amusing and multi-award winning 3D animated short film by director Dmitri Voloshin and the Moldovan studio simpals that tells the story of an unconscious trucker named Dji who repeatedly foils the Grim Reaper every single time the he comes calling on Dji’s soul.

(translated from Russian) Dji is an unusual death. The Dark Knight has appeared in a different form. No, he is not white and fluffy. Dji is just terribly unlucky. All he has to do is to take the soul of a dying man. But the screenwriters prepared some obstacles for Dji. Will he manage to overcome them? You’ll see. 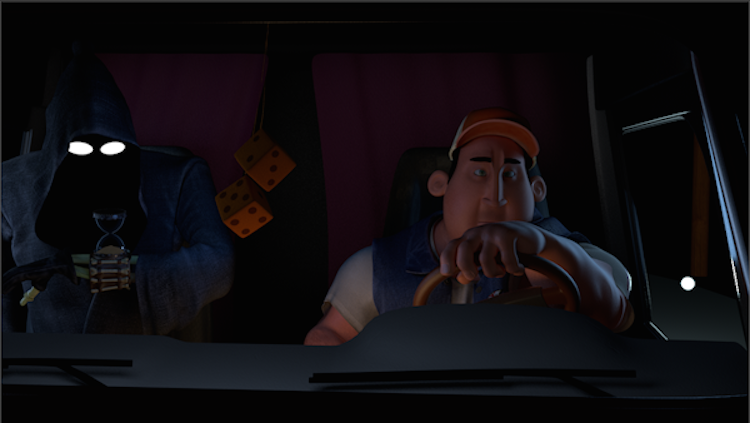