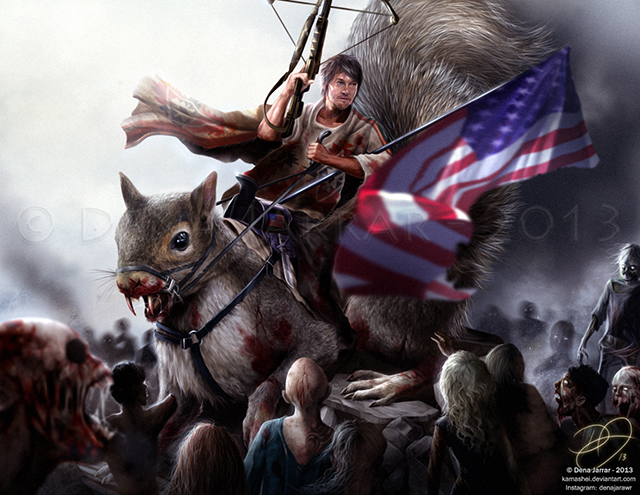 Tennessee artist Dena Jarrar has created “‘Murica,” a wonderful illustration of Daryl Dixon (Norman Reedus) from The Walking Dead. It shows Daryl riding on a giant deadly-looking squirrel while battling a horde of zombies. Previously, we wrote about a similar painting by Tyler Edlin of Chewbacca riding a giant squirrel and chasing down Nazis.

“Several years after the events that took place when the epidemic began, there stands only one survivor. He fears not the dead, yet the dead cower before him, as he sits atop his trusty giant sabre squirrel, Bloodspill. Daryl Dixon is truly the epitome of an asskicker and a historical American hero.”