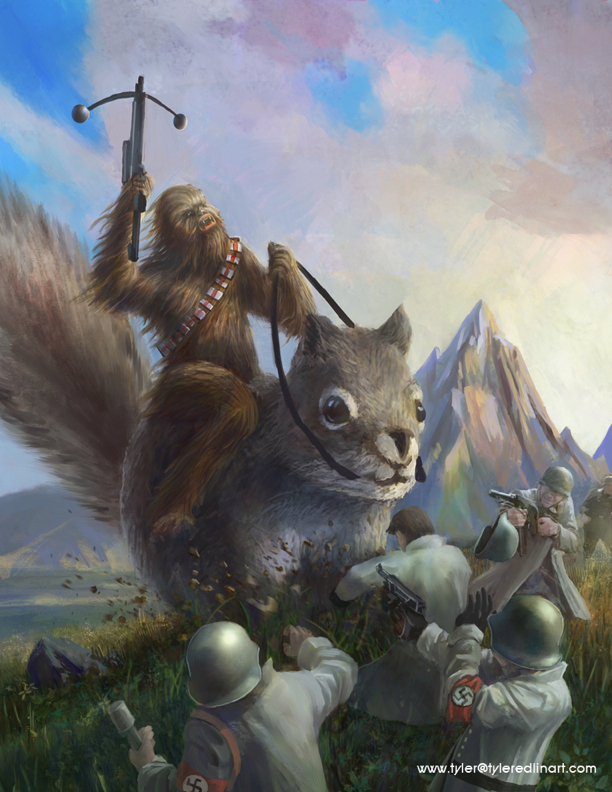 What is the story behind that awesome piece of art depicting Chewbacca riding a giant squirrel into battle against Nazi soldiers?

I asked my friend Gary what he would like a for a wedding present. At first he said Chewbacca riding a giant squirrel into battle against an unseen force living in the shadows.

He added, “give him long flowing fur and his mount should look adorable. He should be riding to expected death on a last charge.”

Eventually he settled on him battling Nazis. So there is the finished a product a wedding commission.