This custom built LEGO Star Wars organ was created by the design firm Serviceplan Campaign for the 3D theatrical premiere of Star Wars – Episode I: The Phantom Menace in Munich, Germany. Visitors were able to turn the oversized barrel-style organ themselves to play the Star Wars main theme song. Two professional LEGO builders, Rene Hoffmeister and Axel Al-Rubaie, were brought in to build this unique musical instrument which uses over 20,000 bricks. They incorporated the “various settings of the Star Wars saga into their design, so that in addition to the “Death Star”, the desert landscapes of the planet “Tatooine”, the icy landscape of “Hoth” and the jungle of “Endor” can be seen.” The organ has traveled to several German cinemas and currently, it’s touring a variety of LEGO events. Later in 2012, it will be permanently installed at LEGOLAND Germany. 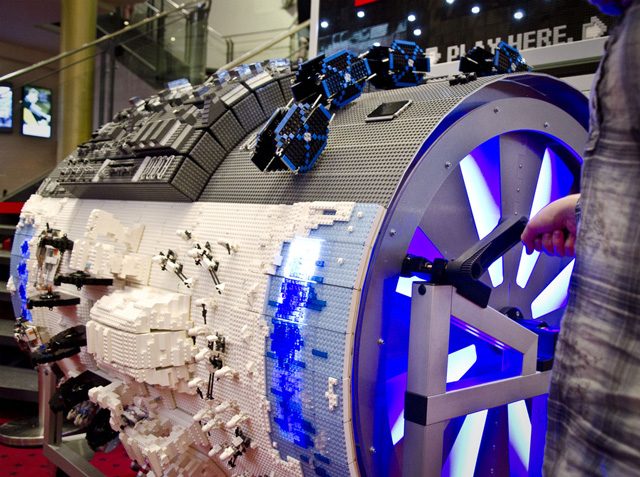 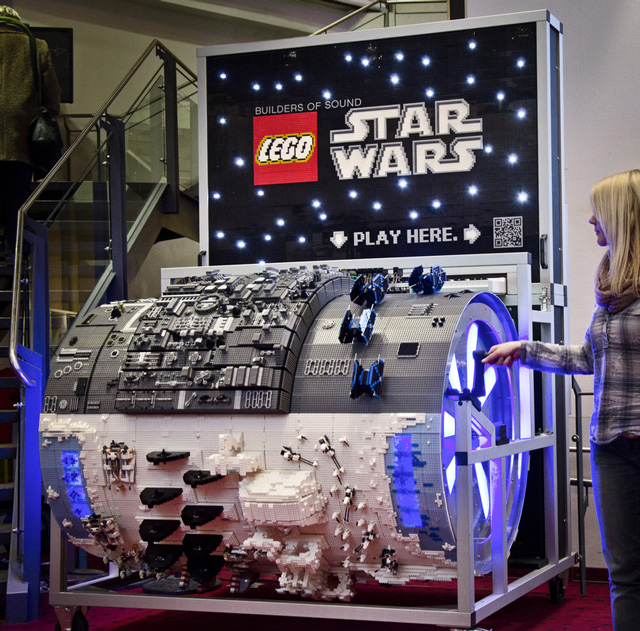 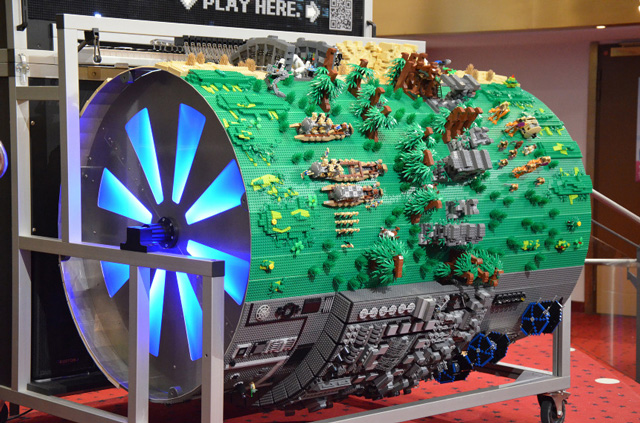 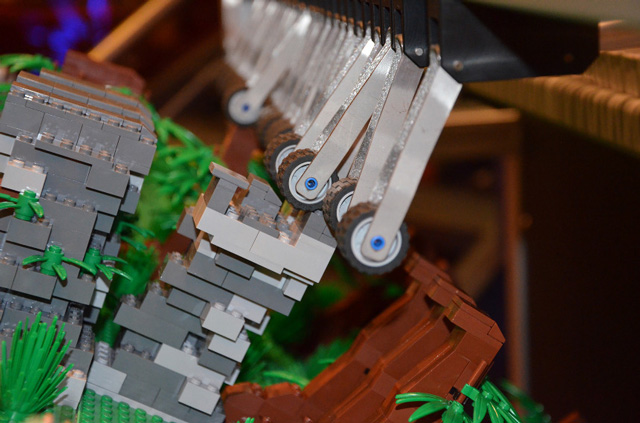