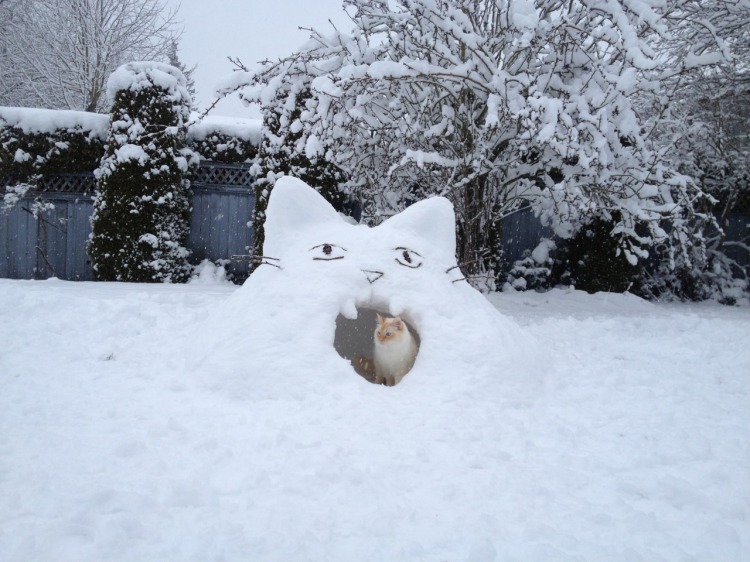 In February 2014, a teenager who goes by the name Charmeleon, channeled her love for her cat Tamaki by building a fort in the beloved feline’s image. “I made him a little kitty snow fort and I think he likes it as much as I do.”, even though she complained a little bit about the effort she had to put into it “I spent like an hour on this and I’m so tired now”. Very meta. 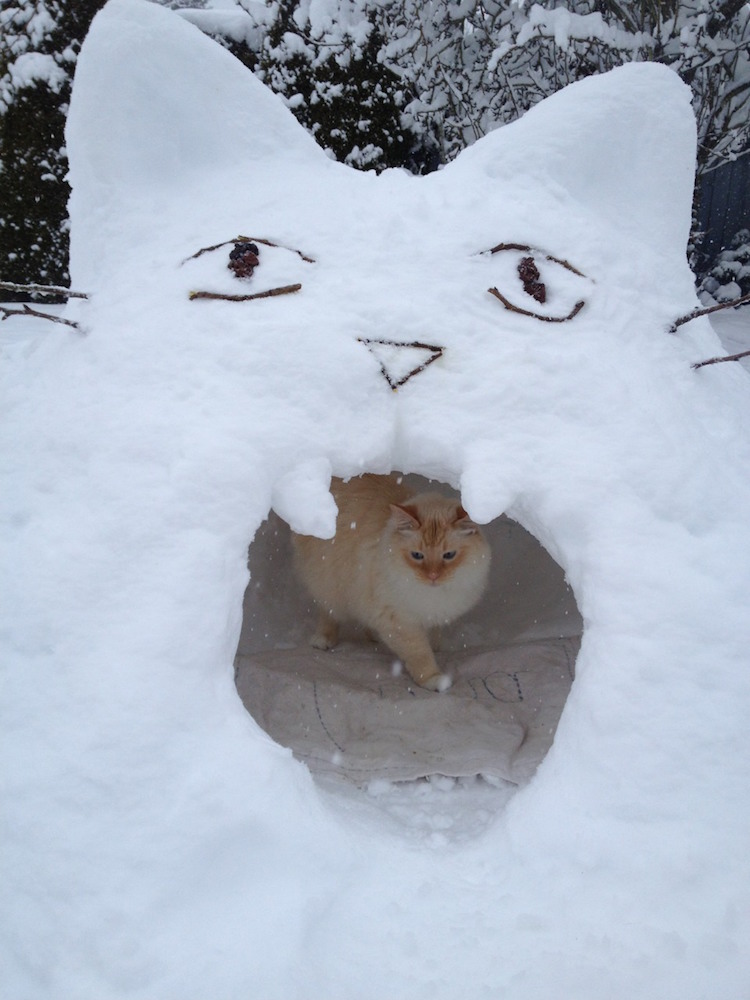