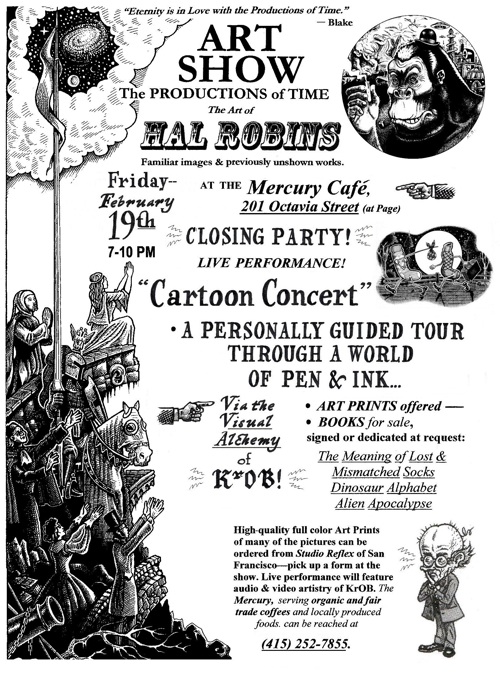 “The Productions of Time”, an art show featuring the work of Hal Robins is currently on display at Mercury Cafe in San Francisco. The closing party takes place next Friday, February 19th from 7-10pm.

“The Productions of Time” –Art of Harry S. Robins–now at the Mercury Café, 201 Octavia St. at Page, will close on Friday, February 19th after a closing party featuring live performances by Dr. Hal and KrOB. These include a “Cartoon Concert” –a visual tour through more than a quarter century of comic book work, and visual synthesist KrOB’s “Eyenoise.” Available for sale will be some copies of the books Dinosaur Alphabet and The Meaning of Lost and Mismatched Socks, both now becoming rare items, as well as a limited number of editions of the collaborative graphic novella Alien Apocalypse 2006, a work created with Underground comics legend Spain Rodriguez.