When a beautiful cheetah cub named Kumbali at the Metro Richmond Zoo had to be removed from his litter when his health began to fail due to malnutrition, his keepers bottle fed the little cat around the clock until he regained weight and was strong enough to socialize. Cast out from his brothers and sisters, the zoo felt that a dog would be the perfect companion. They contacted The Art of Paws who found a puppy in Alabama and worked with AWOL MUTTS to bring the puppy to the zoo in Virginia. The zoo named him Kago and since his arrival, the two have become inseparable, relying on each other for companionship, love and comfort.

Kumbali was in need of a companion- and not of the human sorts. Man’s best friend would soon become cheetah’s, too. …Kago is a lab mix puppy. The Art of Paws rescued him from a high kill shelter in Alabama. He was brought to Virginia, where we ultimately found him through a cooperating rescue organization, AWOL MUTTS. We instantly fell in love with him, too. However, Kumbali’s opinion of him was more important than our own. After slowly introducing the two, they quickly assumed the title of friends. Now Kumbali can jump, run, lick, and play with his pal Kago. They don’t even seem to recognize their differences in species, size, or color. There is only acceptance. 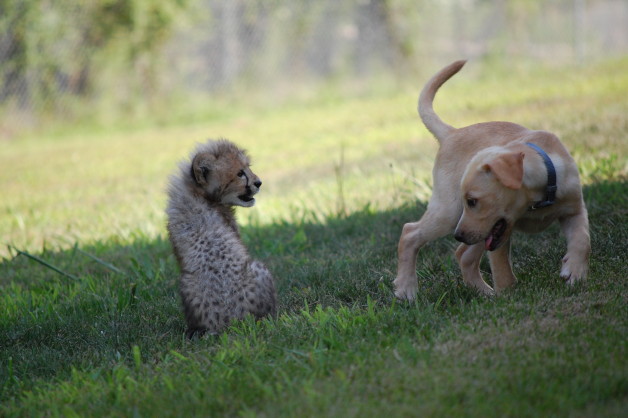 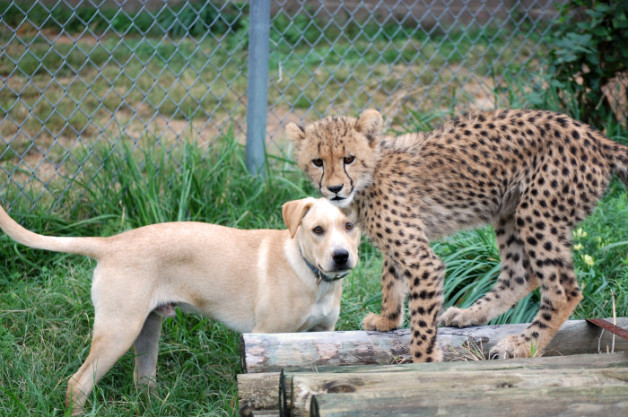 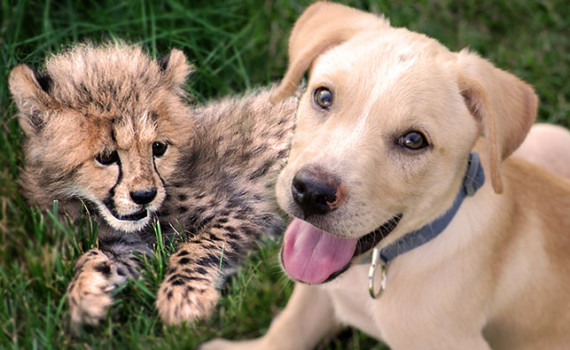