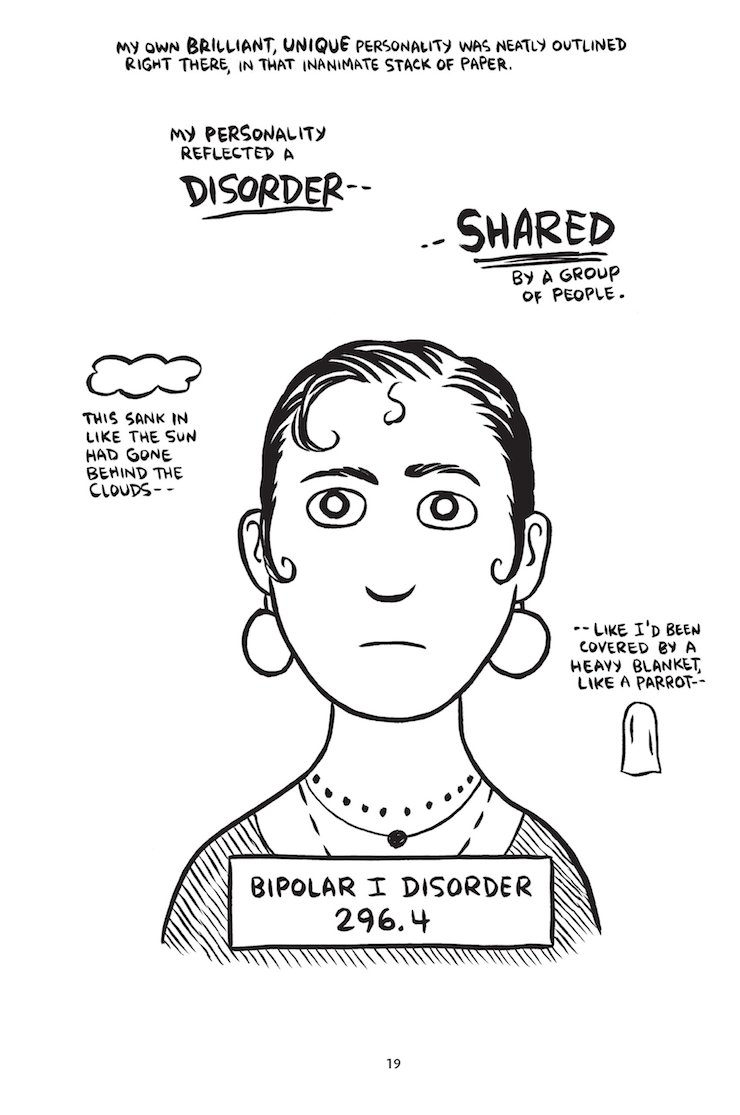 Cartoonist Ellen Foley has illustrated her struggle with finding a way to treat her diagnosis of bipolar disorder without sacrificing her creative process in her self-described graphic memoir Marbles: Mania, Depression, Michelangelo, and Me.

Shortly before her thirtieth birthday, cartoonist Ellen Forney was diagnosed with bipolar disorder. Flagrantly manic and terrified that medications would cause her to lose creativity and her livelihood, she began a years-long struggle to find mental stability while retaining her passion and creativity. Searching to make sense of the popular concept of the crazy artist, she finds inspiration from the lives and work of other artists and writers who suffered from mood disorders, including Vincent van Gogh, Georgia O’Keeffe, William Styron, and Sylvia Plath. She analyzes the clinical aspects of bipolar disorder as she struggles with the strengths and limitations of a parade of medications and treatments. 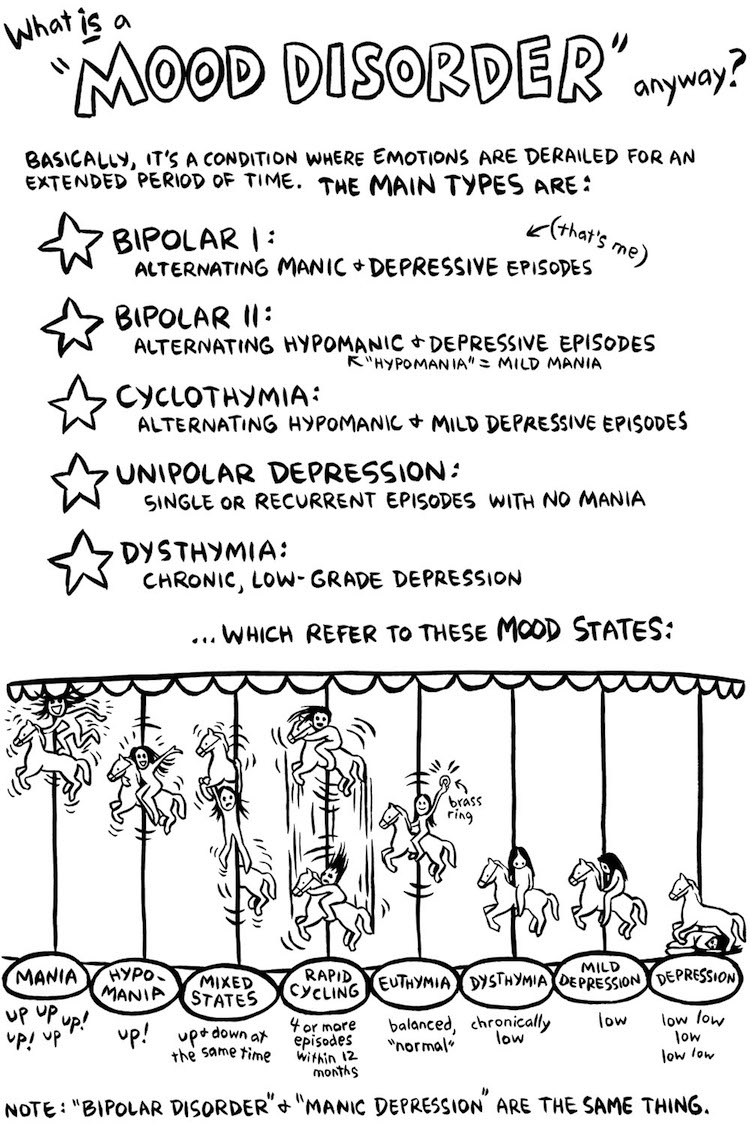 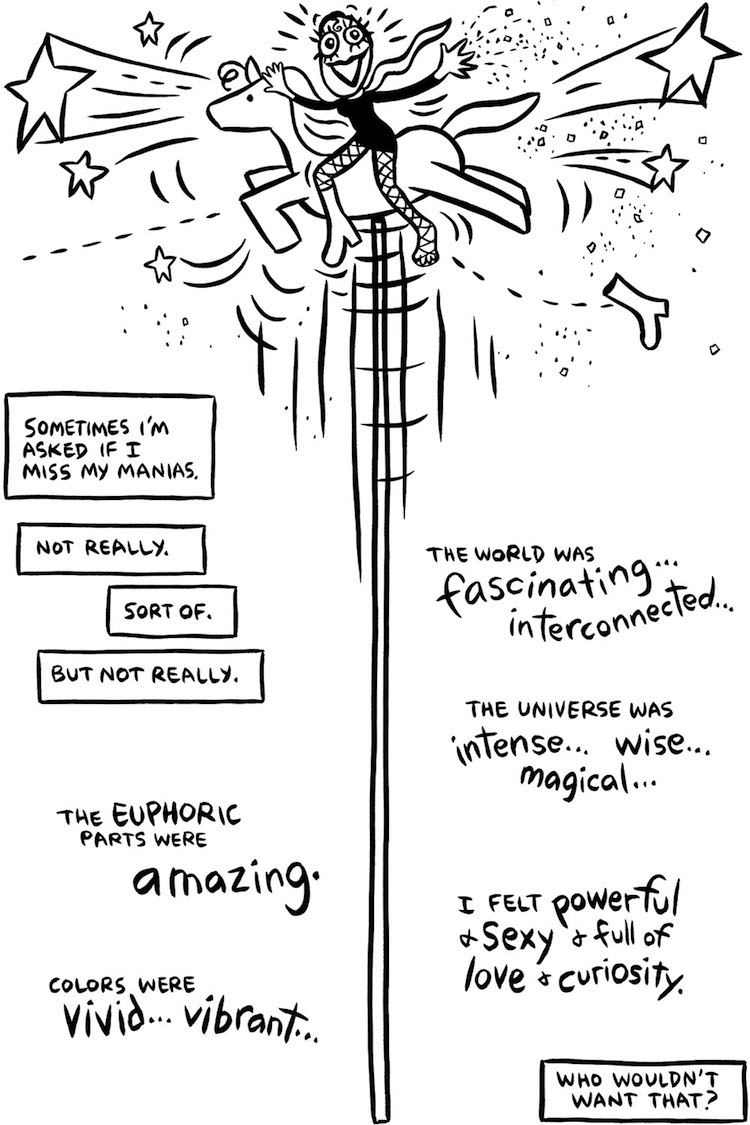