An indiegogo campaign has been launched to help fund Burning Man: The Musical, a new musical directed by Kyle Fasanella and written by Matt Werner currently being made about Silicon Valley and Burning Man. Here’s the opening song of the musical, which is being developed a couple songs at a time and then serialized on YouTube.

Joe is a young, driven techie in Silicon Valley. He sees Burning Man as his shot to network with Silicon Valley elites who can jumpstart his career and help him achieve his lifelong goal of becoming a multimillionaire by age 30. He crashes a techie plug-and-play camp at Burning Man. Chad and Bill the Billionaire recommend he go on a vision quest by taking mushrooms and going into the deep playa. A dust storm comes when Joe reaches the trash fence, and he nearly dies from dehydration and exposure. Hal the Hippie comes out of the dust storm to rescue him, and like Yoda, he takes Joe under his wing to train him in the ways of Burning Man.

In the second half of the musical, Joe wrestles with several questions. Will he continue making his drone-delivery app to profit off of this festival centered around decommodification? Or will he change course, now that he’s seen a different way to live? Will Sparkle Pony return his unrequited infatuation? Or will Catherine turn away from her father Bill the Billionaire to join Joe on a new adventure? Will Joe make it out of the desert alive? Or will his blind ambition and naive want to profit off of Burning Man do him in? 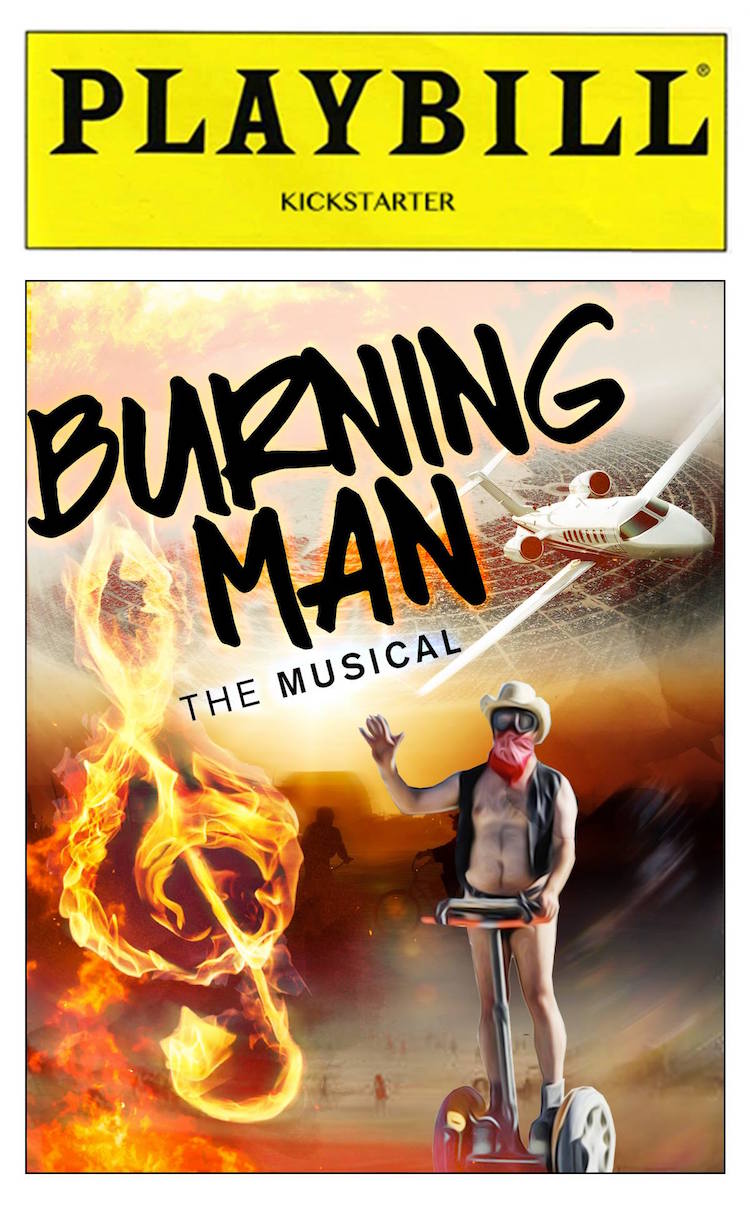