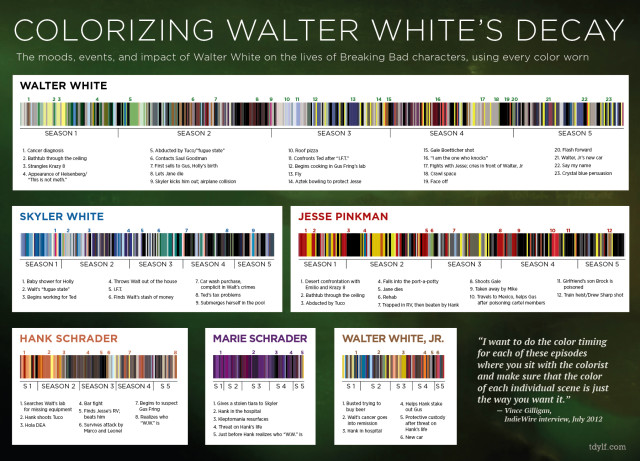 John LaRue of TDYLF has created this insightful infographic of the wardrobe colors worn by the main characters during each season of Breaking Bad. During the documentation process, John noticed patterns emerging.

It’s the attention to detail that makes the show great. And that attention to detail extends as far as the colors worn by the various characters. I’ve tried to illustrate it with an infographic showing every color worn by the characters most affected by Walter White’s decisions, along with Walter himself…There are a lot of patterns that emerge, so much so that each character has an identifying color.

This pattern was also noticed by California attorney Vincent Chuang. Inspired by John’s project, Vincent made corresponding bar codes for each episode.

As noted in the infographic, Gilligan focused on the color of each scene. This reminded me of the work done at Movie Barcode. And after some Googling, led me to a movie barcode generator at Arcane Sanctum. 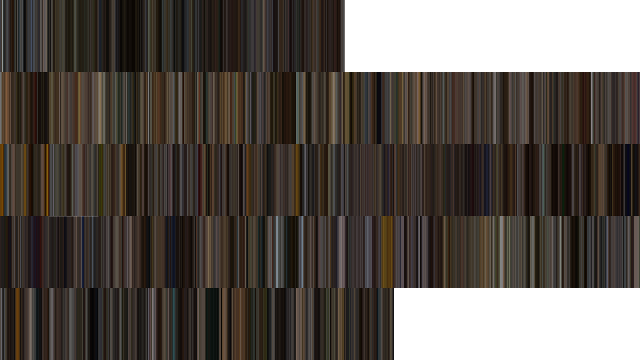