There’s no way you ask Sean Penn a question and then, you’re gonna be HUGE!

Comedian Louis C.K. made this very broad statement about the student audience on the long-running television show Inside the Actor’s Studio during a 2008 interview on The Steve Show with Stephen Merchant. Unfortunately for Louis, mega-star Bradley Cooper proved that statement completely wrong in a video edited by GAabriel Antunes. More than once it seems, as Bradley had the opportunity to ask a question of the great Robert DeNiro on a later episode of the show.

How you doing Mr De Niro, my name is Bradley Cooper and my question is regarding “Awakenings”. You talked about your research and how you, you interviewed a lot of patients and people who had the different diseases. There was one mannerism you had during the interview process when they were asking you when you wanted to go outside the building and go for a walk and you went like this with your finger and you sort of made up for it by rubbing your eyebrow and I was wondering, is that something that you saw people do, trying to make up for their ticks or was that something that happened in the moment? 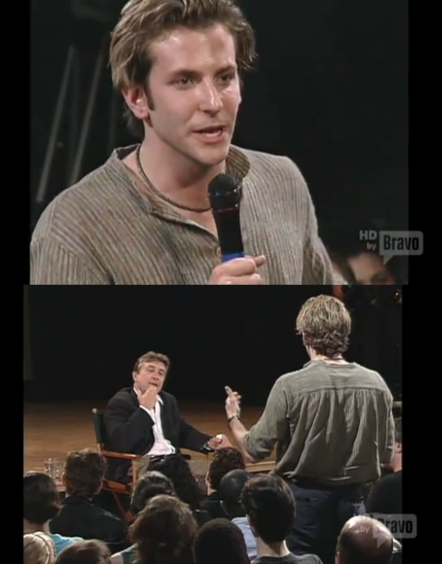