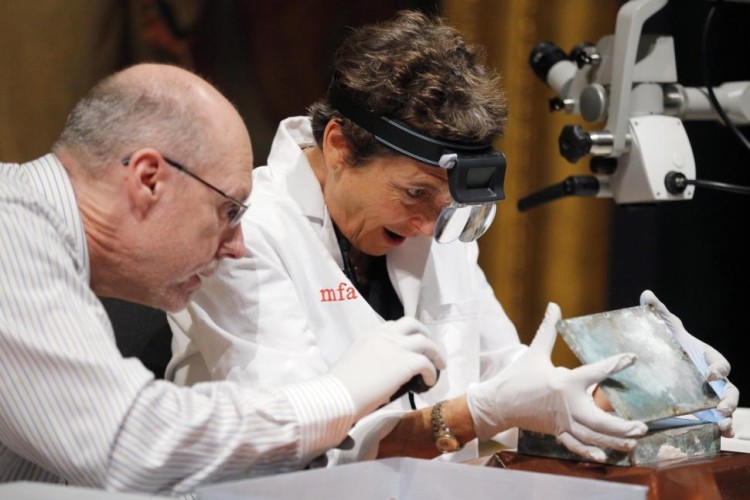 On Tuesday, conservators opened a time capsule that was originally placed in a cornerstone of the Massachusetts State House in Boston back in 1795 by Paul Revere and Samuel Adams. The capsule was unearthed in December of last year, and it was not the only time capsule to be unearthed in Boston in 2014–another capsule was found in the nearby Old State House. Among the artifacts found in the 1795 capsule: five newspapers, 24 coins, a medal depicting George Washington, and a silver plate engraved with a message commemorating the erection of the State House. Some of the artifacts date from the 19th century, as the capsule was unearthed in 1855 during maintenance of the State House, and a few items were added before it was replaced. The artifacts will likely be displayed at the Museum of Fine Arts in Boston later this year. As for the capsule, Massachusetts Secretary of State William Galvin has suggested that it be returned to the cornerstone. 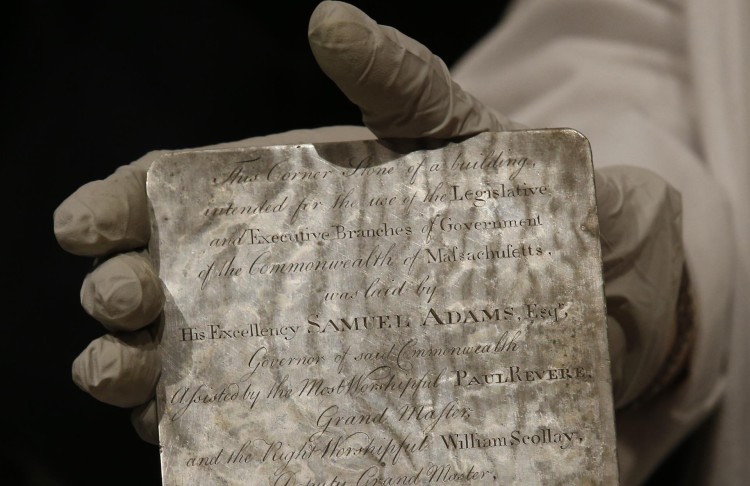 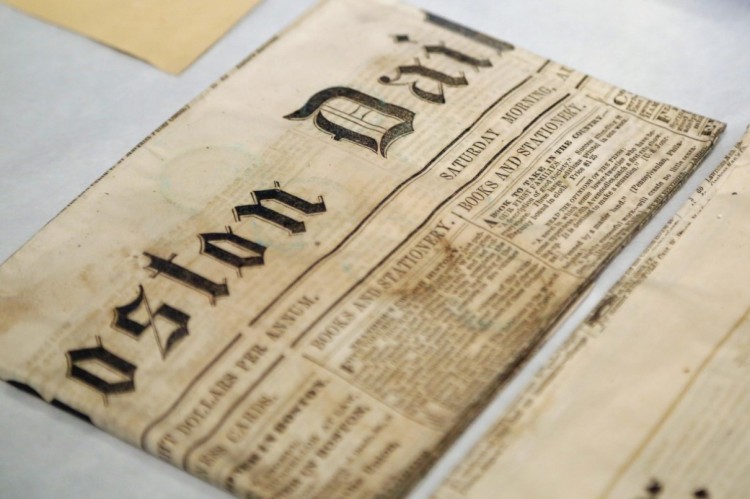