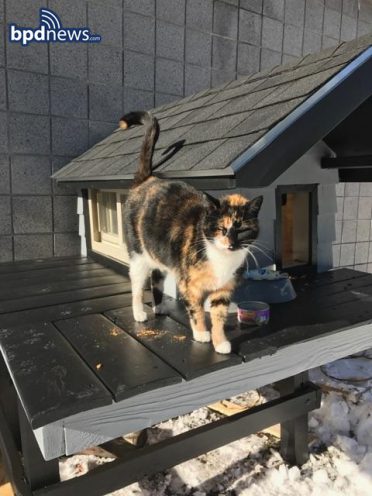 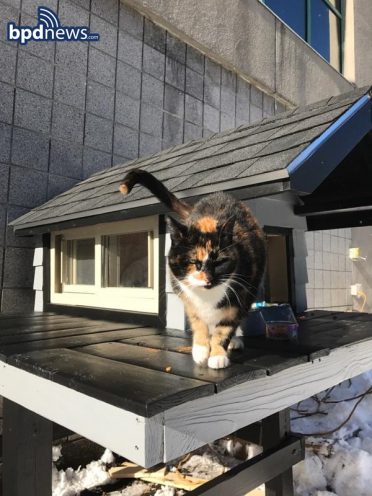 In 2013, a stray calico started hanging around the Boston Police SWAT Base in Roxbury, Massachusetts and never found any reason to leave. The team adopted her as their mascot almost immediately, appropriately naming her “Swat Cat“. Over the years, they’ve tried different methods over the to keep the cat safe indoors, but her desire to be outside always won out in the end. With this in mind, a Officer Jamie Pietroski built a really beautiful rooftop kitty condo complete with windows, insulation and a large studio space that lets a loyal but independent mascot be truly comfortable.

…on Friday February 10, 2017, officers assigned to Mobile Operations set up a new kitty condo for their team mascot, affectionately referred to as SWAT Cat. The officers in the unit have been caring for the adorable stray Calico since she began prowling around the BPD Special Weapons and Tactics base back in 2013. Officer Jamie Pietroski, a 15-year veteran of the Boston Police Department, stayed late after work for several nights painstakingly preparing Swat Cat’s new home. The condo features a spacious studio interior layout, a large deck for outdoor dining and glass sliding doors offering panoramic city views. Swat Cat moved right in and looks very happy with her new custom kitty accommodations. 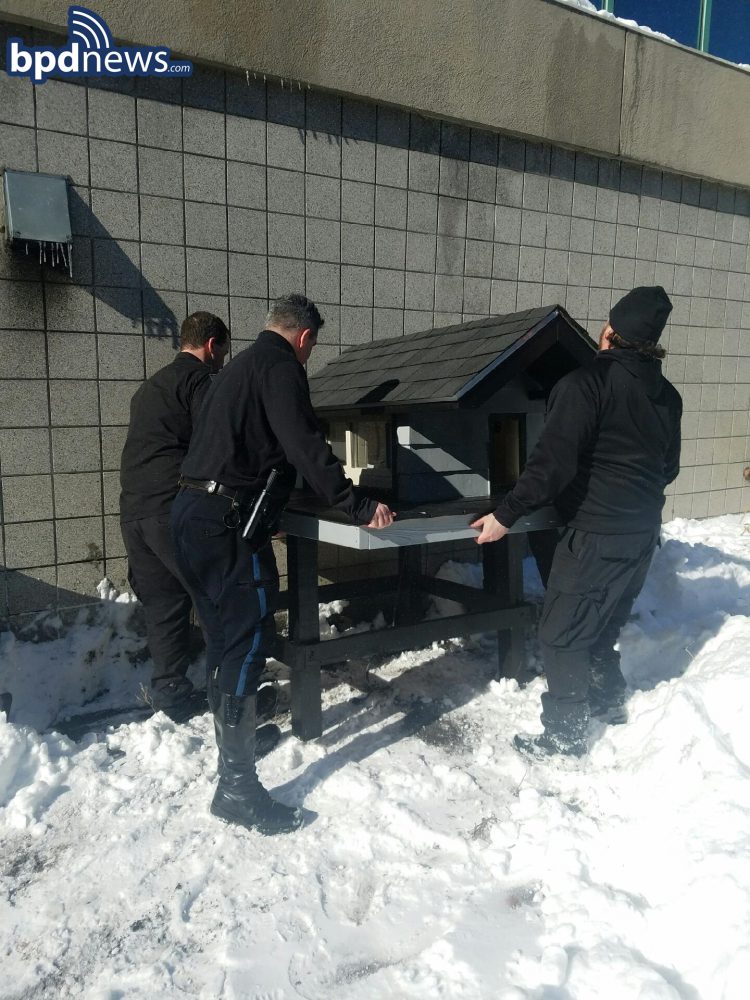 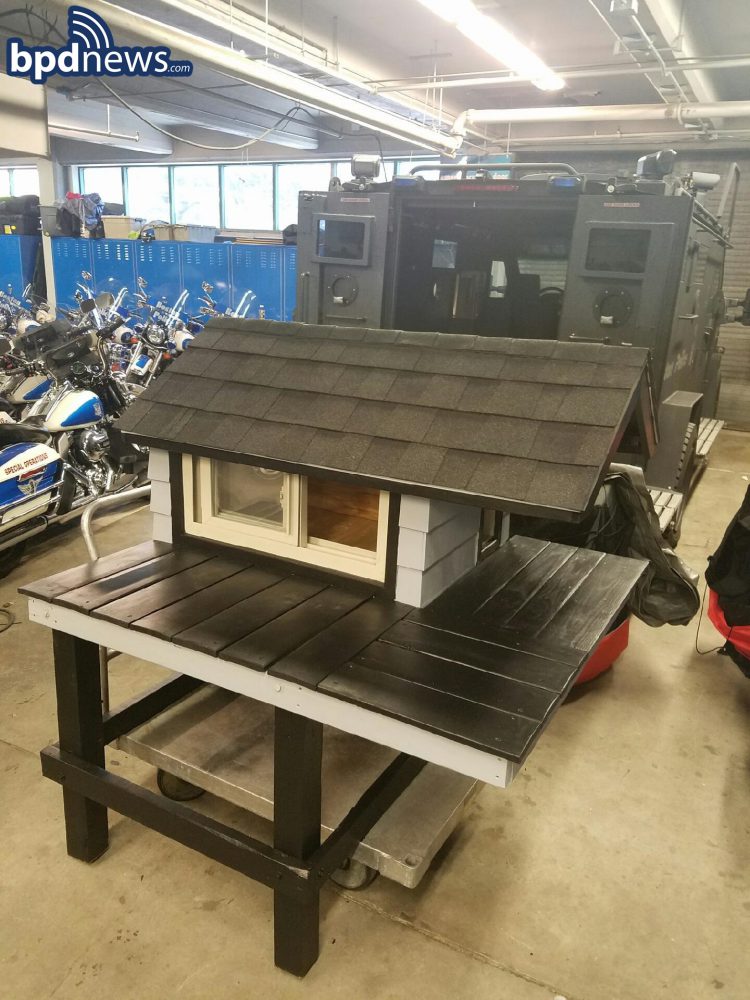 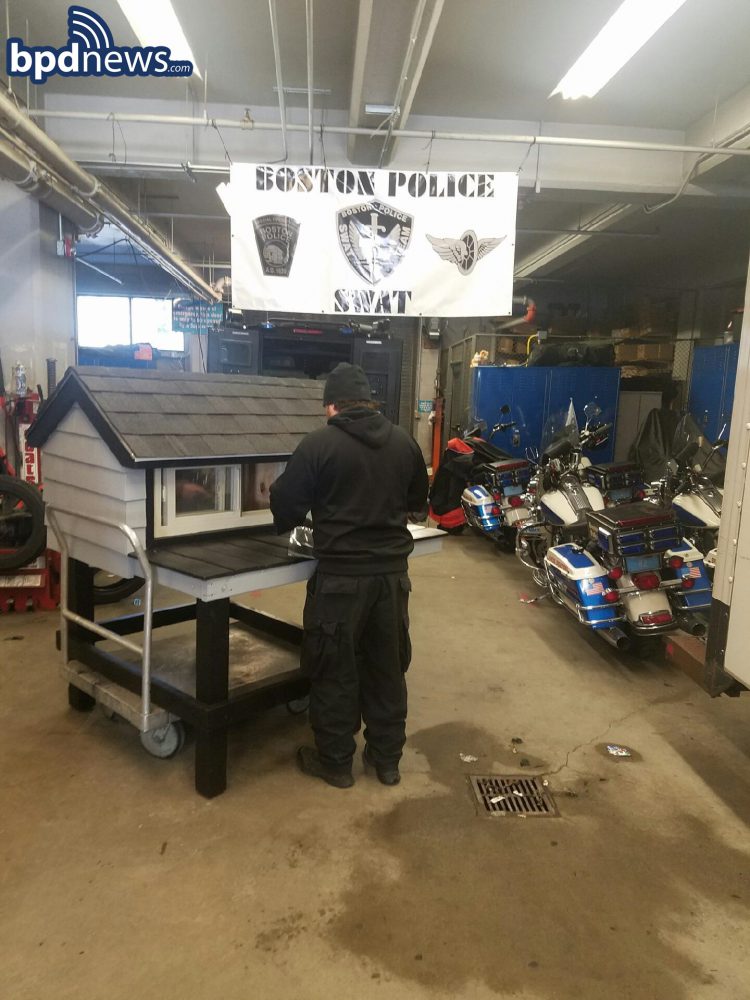 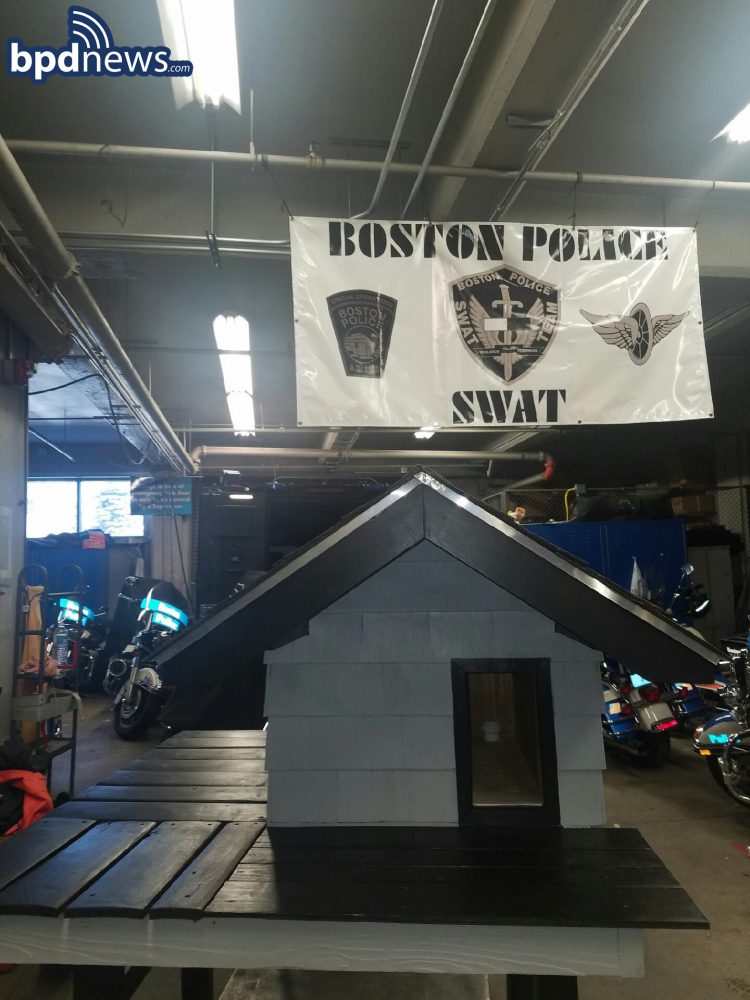