A sweet mama dog named Maggie who had been separated from her puppies when she was adopted, responded to two rescued 9-week old female puppies (Hannah and Kari) who were also being boarded at the Barkers Pet Motel and Grooming in Saint Albert, Canada. Upon hearing the frightened cries of Hannah and Kari, Maggie took it upon herself to break out of her own kennel and camp herself right in front of the one holding the scared pups, who in turn, found much needed comfort with Maggie there. Seeing that the three of them were happy, Barkers put them all together in their own kennel. Barkers owner Sandi Aldred told CBC News that Maggie alerted her to the situation.

We watched her on the cameras and she went straight around and she found their room. She paid them a lot of attention and you could see her little tail wagging. And she’d do the little bow down to them and poke them through the chainlink gate of their room. She just decided that was where she was going to stay until we came to get her. …She came to me and she was really happy, and then she took me back to their room, as if to say, ‘I really need to meet these puppies. The puppies needed her and she needed them. It was pretty perfect.

Posted by Barkers Pet Motel and Grooming on Saturday, January 30, 2016

We are still in awe over how much attention this story has received around the world! Tonight we were invited to City TV…

Posted by Barkers Pet Motel and Grooming on Wednesday, February 3, 2016 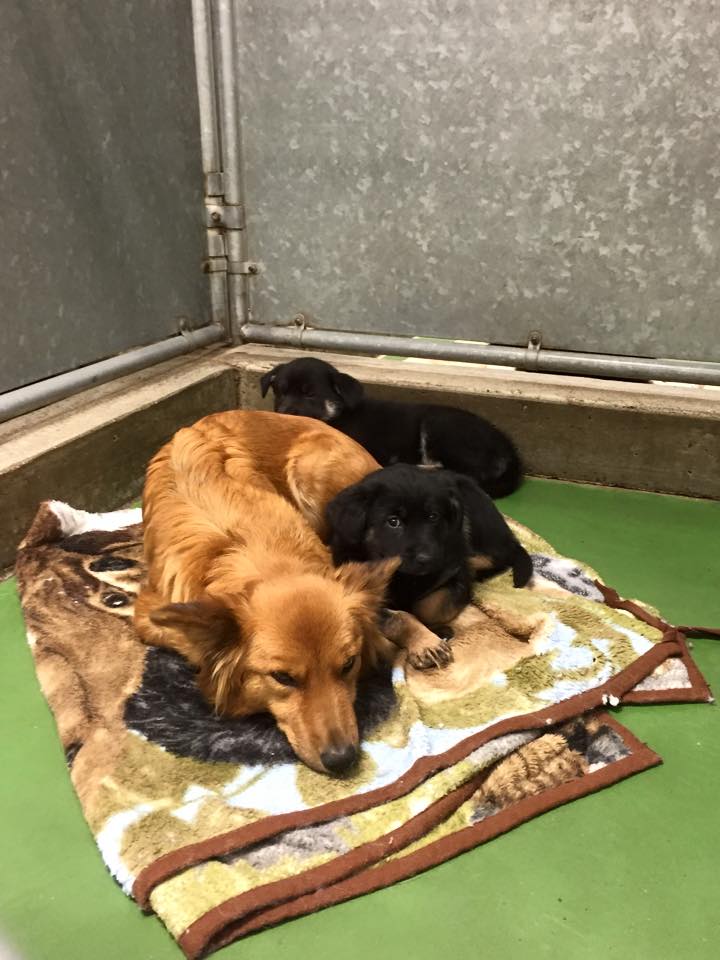