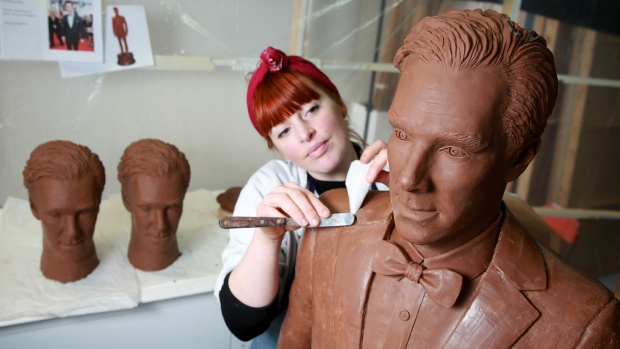 A team of British chocolatiers have created a six-foot tall hollow chocolate sculpture of actor Benedict Cumberbatch that they’ve nicknamed “Benedict Chocobatch“. Cumberbatch had been voted Britain’s “dishiest” TV drama actor according to a survey of 2,000 women. The survey and the chocolate sculpture were created in celebration of the launch of Drama, the newest on-demand channel from UKTV.

A life-size chocolate sculpture of the acclaimed actor Benedict Cumberbatch has been unveiled following a national poll which named the star as Britain’s dishiest TV drama actor. The Sherlock star beat off strong competition from Broadchurch’s David Tennant, and Homeland’s Damien Lewis to claim the tasty title ahead of the forthcoming Easter weekend break. The research, which surveyed 2000 British women, and subsequent chocolate sculpture, were specially commissioned to celebrate today’s launch of TV channel Drama on UKTV’s on demand service.

The sculpture was recently unveiled at the Westfield Shopping Center in London. 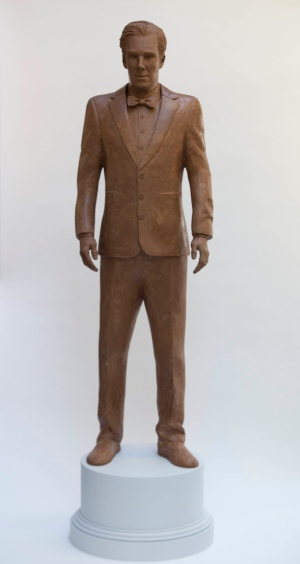