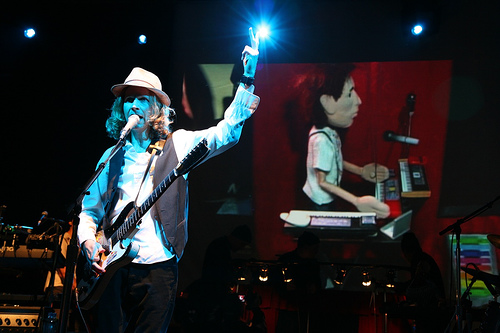 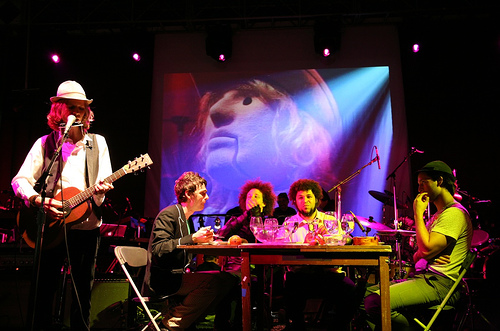 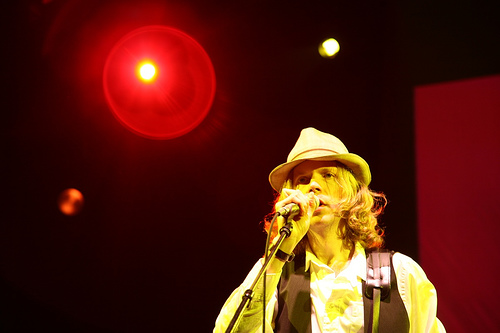 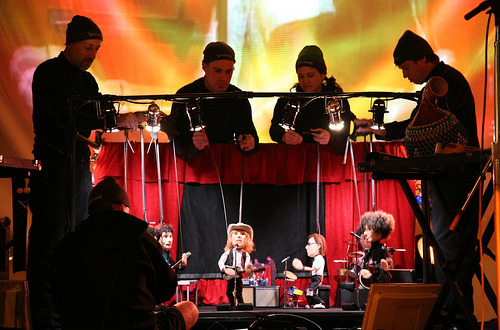 Beck was the top secret musical guest tonight at Yahoo! Hack Day. Beck and his band put on an amazing 90 minute show and even generated a mosh pit in the middle of the Yahoo! campus. Throughout the show, at the back of the stage, there was a mini stage with puppets of each band member whose mirrored actions of the real band members were projected on the big screen. I was up front near the stage and shot a bunch of photos. What a great what to end an awesome kick-off for Hack Day.

UPDATE: Check out the hilarious Beck Puppetron video of the Beck puppets invading the Yahoo! campus.