Swann Auction Galleries in Manhattan recently sold a fantastic album of mugshots from the early 20th century. Among the over 1500 convicts whose records are documented in this book, were members of the International Workers of the World aka “Wobblies“.

A spectacular mugshot album with nearly 1500 entries, including several depicting members of the International Workers of the World (“Wobblies”), in addition to a cross-section of crimes from across the country, including California, Oregon, Iowa, Arkansas, and New York (and Canada), likely assembled for surveillance and perp identification. 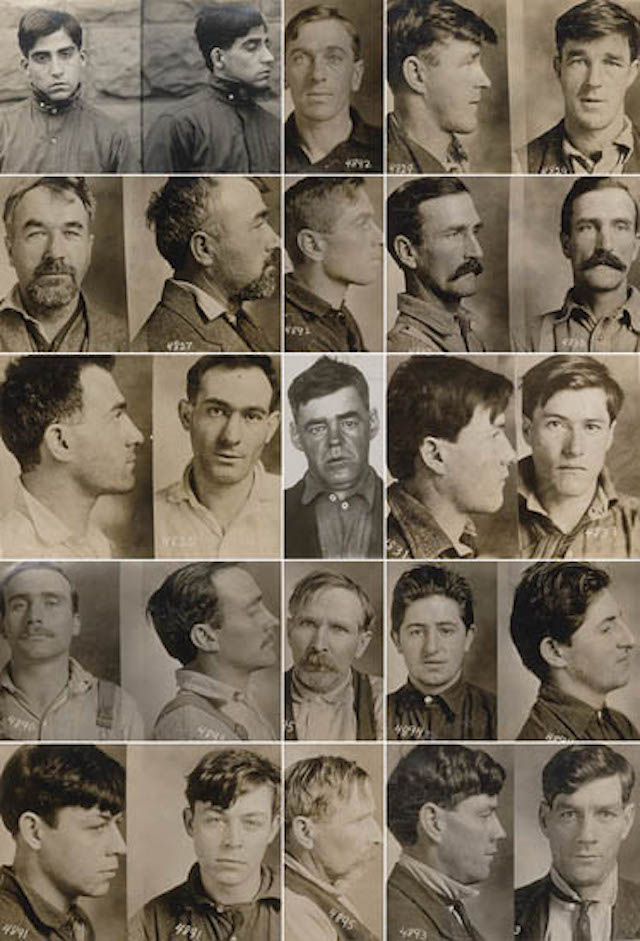 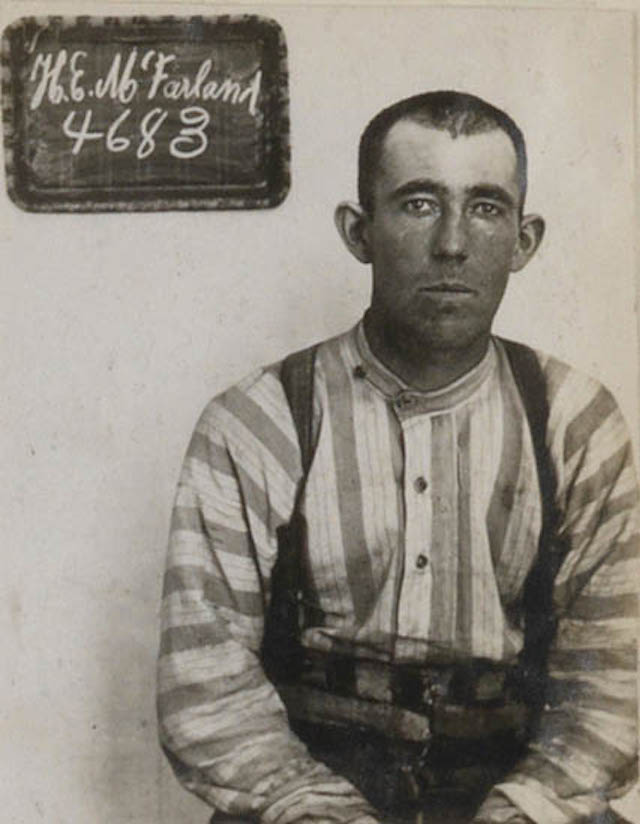 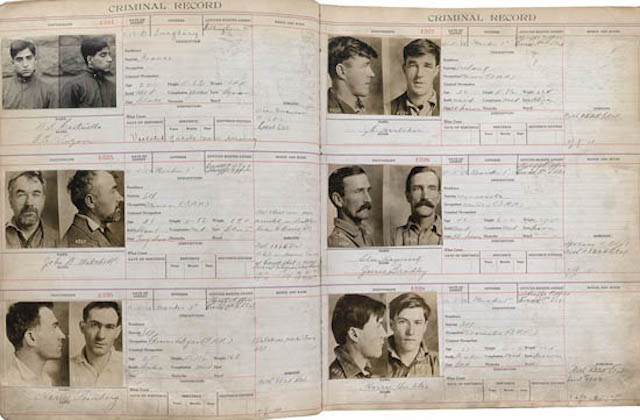 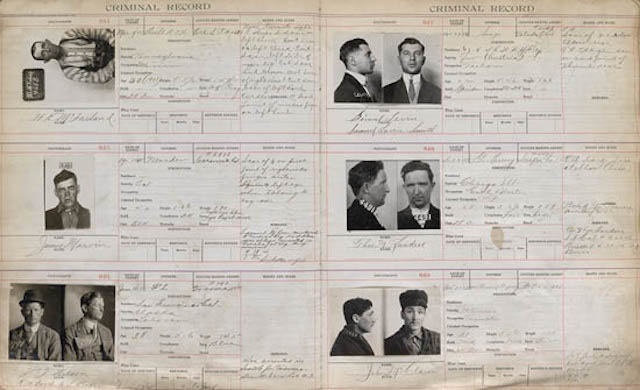