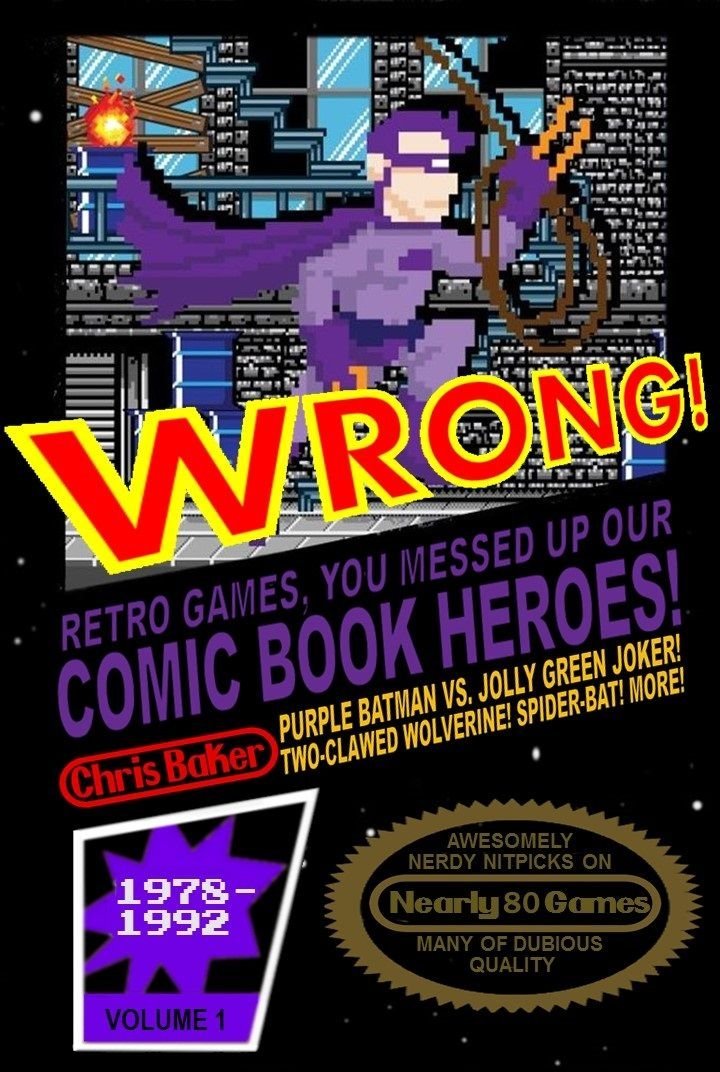 WRONG! Retro Games, You Messed Up Our Comic Book Heroes!: Awesomely Nerdy Nitpicks on Nearly 80 Games is an extremely nerdy book by author Chris Baker and illustrator Matthew Waite that details some of the strangest deviations by superhero video games from the source material. The first volume of what appears to be a series covers games from 1978 to 1992 like Batman: The Video Game on the Nintendo Entertainment System.

If you’re a superhero fan who loves video games, you’ve experienced firsthand how pretty much every title out there – good or bad, remembered or forgotten – does something that’s absolutely, unapologetically WRONG! with its source material. This ebook documents the most egregious – and most hilarious – offenders from the moment Superman flew onto the Atari 2600 in 1978 all the way through 1992, when Konami’s classic X-Men sucked in quarter after quarter in arcades.