Amir the fennec fox, an animal ambassador for the Reid Park Zoo in Tucson, Arizona, is so over the moon for his Christmas gift that it doesn’t even occur to him that the toy originally intended for a cat. 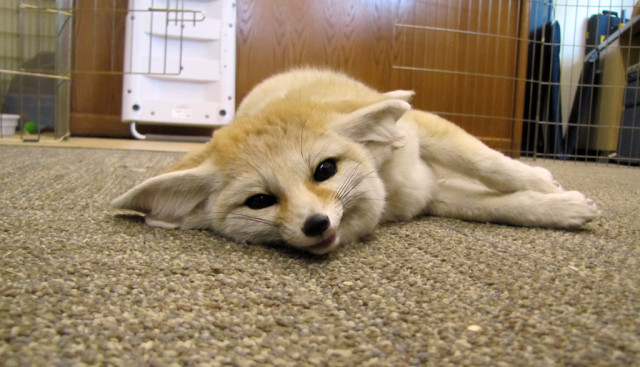