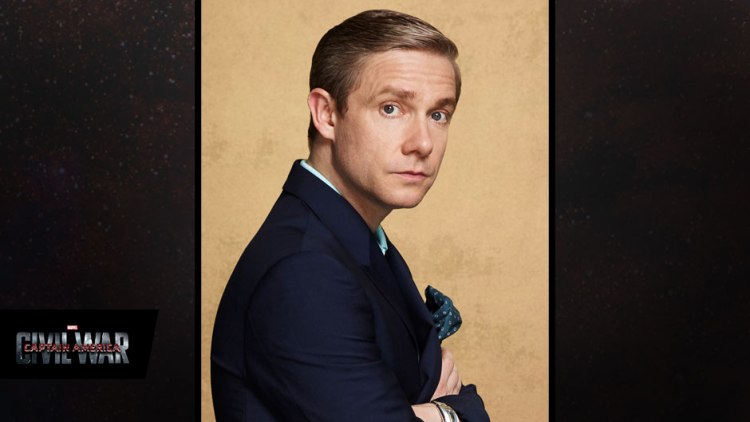 Marvel has announced that actor Martin Freeman, known for his excellently played roles in Sherlock, Fargo, and The Hobbit trilogy, has officially signed on to join the cast of Captain America: Civil War, which is set to premiere in May 2016. Producer Kevin Feige happily welcomed Freeman aboard.

From his roles as Bilbo Baggins and Doctor Watson to Tim in ‘The Office,’ Martin’s range from the dramatic to the comedic has consistently impressed us. We couldn’t be more honored or excited to have such a talented actor join the Marvel Cinematic Universe.

Freeman joins his fellow Sherlock actor Benedict Cumberbatch into the world of Marvel. It was announced in December that Cumberbatch would be playing the title character in the upcoming film Doctor Strange, also set to premiere in 2016.